How I Succeeded in the Face of Death 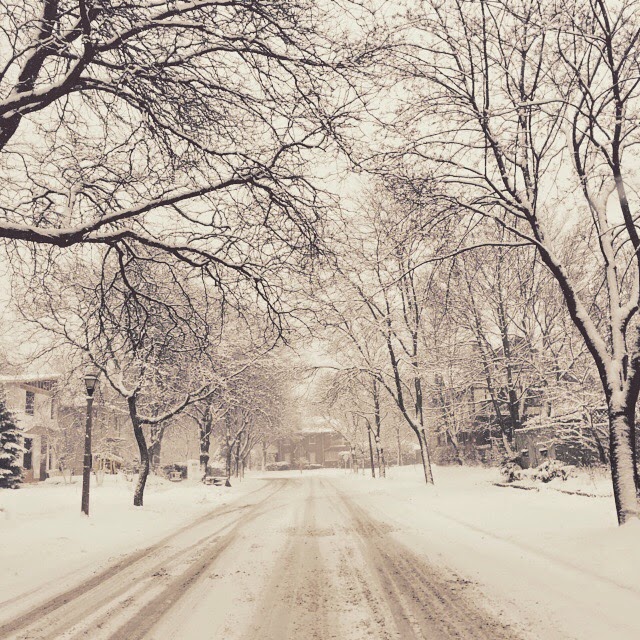 Isn't this beautiful? It's where I live. It's not my street, but it's close. I have been feeling the need to keep my location private lately, ever since the garage fire. I've been told, and I hesitate to believe it, that I should not take any chances. Regardless of the odds, I would rather not take a risk. One never knows.

I dated a psychopath. There is no other way to put it. You may not believe me.

Oh come on. Seriously. He would never have started that garage fire.

And I would say, You know what? You're right. He wouldn't. Because he's still dating his new girl. He's not obsessed with me right now. But I'm dead-bolting my doors just in case.

There are a lot of people who come from money, from good stock, who have an ivy league education such as Bill had, and these people go on to hurt, destroy and murder. In small quaint towns, just like the one pictured above.

Get real is the sentiment of the last 12 months of my life. “It could happen to you,” does apply to me.

It's said that what doesn't kill you makes you stronger. Well, I faced death. I craved death. I thought of dying so many times last year that the Grim Reaper and I were on a first name basis. I was not born with a smile on my face and an optimistic attitude in my heart. Nope. Instead I find dark places lined with tears, sad songs and self-hatred. Self-deprecating thoughts and pain soothe my evenings and lull me to sleep in times of strife.

I don't always show my crazy to those around me, mostly because it doesn't exist when I am healthy and happy.

But when shit hits the fan... (I had a list here, but it was so long, it deserved its own post. Read it here.)

I moved thru the second half of 2014, but not with much grace or dignity, or self-respect for that matter. I fucked up a lot. A lotta lot. I found myself in court facing a man I loved who now really really hated me. I was inside out. I slept in one hour intervals. I could not drink coffee. I panicked. I picked up the phone and called for help daily. I bore my soul. I stood naked in front of those who knew me. I had absolutely nothing left to lose. By August I was in a full-blown depression. In September, everyone who loved me carried me thru it. My skin was raw. I was bruised, literally, in dozens of places, no exaggeration. I ate nothing. I lost 35 lbs by November.

In the darkest of places I confessed my crazy to friends and family. They came to my aid. I could not parent Oliver. I searched for God again, for even He was so far out of reach I felt nothing. I dragged myself to church. I forced myself to share honestly with counselors, doctors and spiritual advisors. I was desperate. I sought and sought and sought. I cried and cried and cried. You prayed and prayed and prayed.

Then came the transformative day when Oliver found the good-bye letter I had written to him. I had it hidden underneath my pillow. It was two pages long and he couldn't get thru the first page before he fell into my arms and begged me not to leave. His ability to comprehend the gravity of the situation and the warmth of his body against mine lulled me out of darkness, despair, coldness, sadness and death. The ghost of Yet to Come had taken my pinched heart on a short journey in just that very moment and I could see how Oliver's life would be without me in it. I assured him that I would not leave him, not now, not ever. He crumpled up the letter and threw it in the trash.

Days and months passed and slowly I emerged with the realization that I was needed. It didn't happen in that very moment of my embrace with Oliver, but the seed was planted, from which grew the desire to stay put and work thru it all.

Slowly I began to wake up.

My faith became meaningful to me; I saw how much people loved and cared for me. If I accomplished nothing else, those facts alone make this year one of the most tremendous periods of my life. I came thru it. Alive. And better.

How did I succeed? I stayed out of my garage.

And ironically, after I moved, the garage burned down at my new place.

I have the most incredible people in my life: family and friends and colleagues, a support system so generous that our lives are filled with overflowing affection and guidance. There isn’t enough space here to list all the names of those who have offered me their friendship this year and made my life so immeasurably rich, but you all know who you are, and I could not be more thankful. You have transformed my life.

The journey has not been easy. I am doing this alone, but I am not alone.

Miracles were supplied to get me from one day to the next.

I'm still grieving a relationship. I am deleting this fake relationship from my life. It wasn't real. It wasn't love. It wasn't mutual respect and caring. He was a wolf in sheep's clothing for every conversation seemed to be about respect and mutual care, but in reality, it was abusive and controlling. I didn't know it at the time. Bill did not feel any glimpse of love with me, even when he claimed I was the only one who ever made him feel this way. No, the entire time he was just watching and observing me, waiting patiently. As soon as he had me hooked, that's when the abuse started. He was conniving and covert. It wasn't blatant trailer trash in your face abuse. It was subtle and not recognizable.

And so healing from this has taken a lot of my energy and focus. And will continue to do so. But I'm determined to work thru it and become more aware. I want a better life for myself. And for Oliver.

The Angel of Death has gone away and shall not be welcomed to return for quite some time.

That, my friends, is how I succeeded.