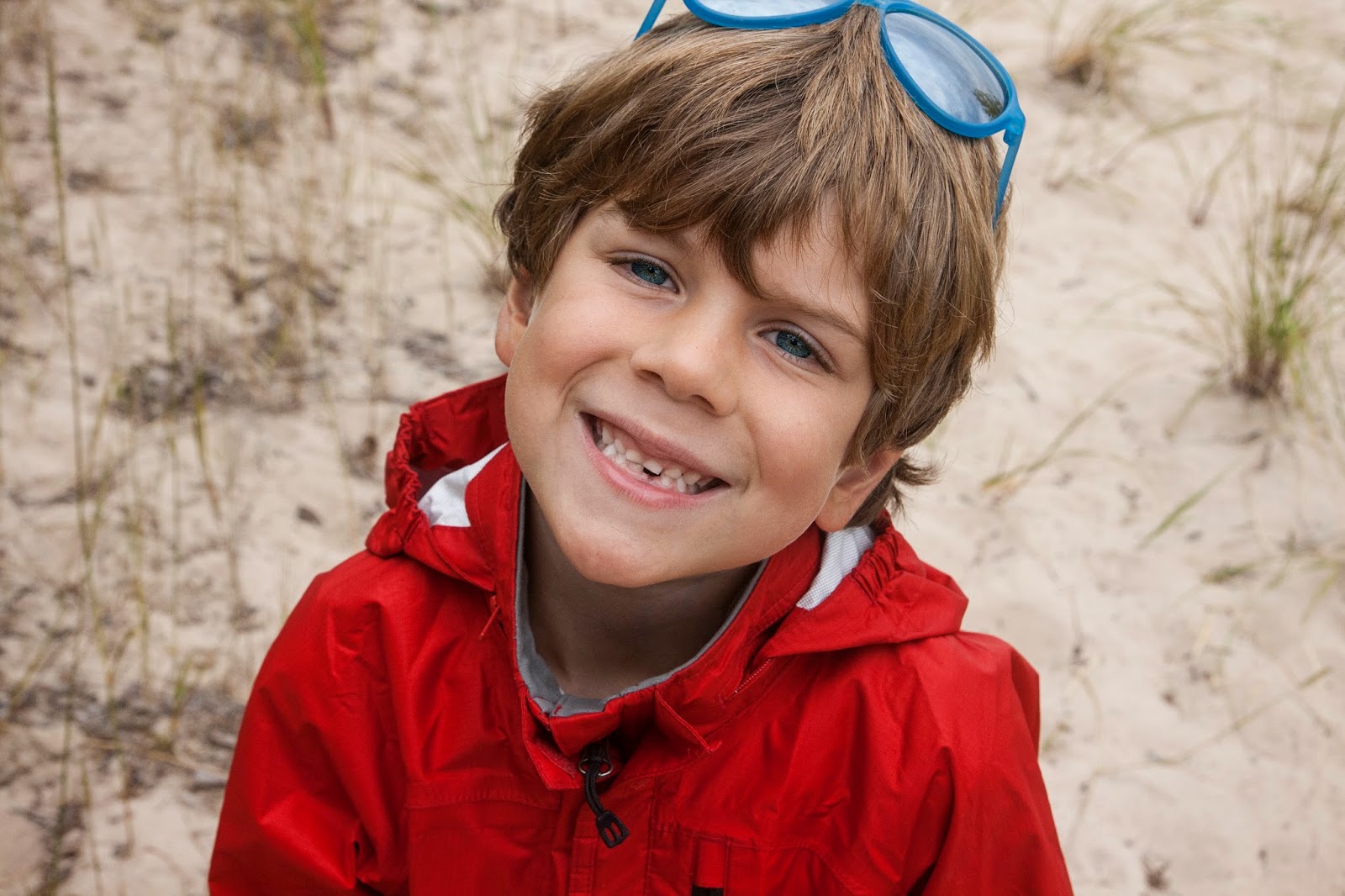 That's my job now. I am getting thru the muck and moving forward, holding my head up. My old life is ending... the marriage, the boyfriend, the house, even my age... moving into a new decade, and now, a new neighborhood with new neighbors. Everything is changing and yet some things are still the same, thank God. I love this area and with so many things ending, some transitions will hopefully be fun, exciting, easy and smooth.

After my marriage ended, my relationship with Bill reached into my chest, my heart — the void within me — and took a firm grip. It shook me savagely, so hard that I felt as though I were really waking up from a dream. It was like waking up from a nightmare only to realize I was in another dream. When that dream ended, I felt I had woken up into a second nightmare. Bill was my refuge for all the smaller nightmares in between: Matt battles, mortgage battles, legal battles, business battles, relationship battles. The second nightmare, as of recent, really knocked me down. I began to question my sanity. Was I descending into madness, unrecognizable to even myself, like Susannah Cahalan in Brain on Fire?

But then I finally woke up for real, and there is something unmistakeable about that reality — I am really waking up. This is what I feel like; it is so strong that it is like a hallucination. Now that my eyes are open I see this tiny person before me, and I am remembering, trying to, what I was like only 2 months ago. A mother. A loving mother. My son meant the world to me, and I think I had forgotten that. My past month has been so unlike what I had ever experienced before, and yet, the past 5 years I have been in transition — so many new experiences. Stuck at times, but in transition. I am learning from this.

I have a void in me right now. It's nothing that Oliver can fill. It's nothing that a man can fill. Bill filled it for a long time. Despite the ugly, I do miss him and his friendship. But that Bill is dead. He no longer exists, just like the man I married no longer exists. The man I married, while he did things that I think are nearly unforgivable, does have some heart in him. We are friends, kind of sort of. The man I dated? It's maybe too soon too tell. I thought he had a heart, and I do think he tried. It's one of those things where there are good and ugly parts to everyone. I'm choking up as I write this. He's not a good guy right now. He has his troubles (Bill). He has his ugly disgusting side. It helps me to move on when I remember that.

But grief has its own way of weaving thru your heart and soul. I do miss the man who was my friend and good to me, the one who called me every night, the one who wished me Sweet Dreams every night, the one who read stories to my boy at night, who'd helped him pick out a baseball glove and softened it with oil, wrapped a ball inside the mitt fastened with a rubber band, and taught him to sleep with it under his pillow. Who brought him a hand-pick petrified rock from the Utah desert. The man who'd read me poems until I fell asleep, who'd sneak chocolate truffles into my suitcase wrapped in special paper (meaningful only to us) that I'd discover upon arrival; the one who'd buy me books he'd think I'd like and leave them on my bedside table to discover as I'd crawl into bed, the one who stood me in front of the mirror and made me look at myself, pointing out all the beautiful (non-sexual) parts of my body that were beautiful. He made me look at my face in the mirror and pointed out all the beautiful features I have. “Look at yourself. Lift up your chin. See those eyes? See how beautiful you are? You're beautiful Andrea. You have a beautiful smile. Beautiful lips. Beautiful cheeks. So sweet. So shy to see yourself. Look. Just look at yourself,” he'd say as he'd gently lift my chin so that my eyes would meet my own in the mirror, as he stood behind me.

I truly thought that was love.

I loved the man who sent me texts like these: 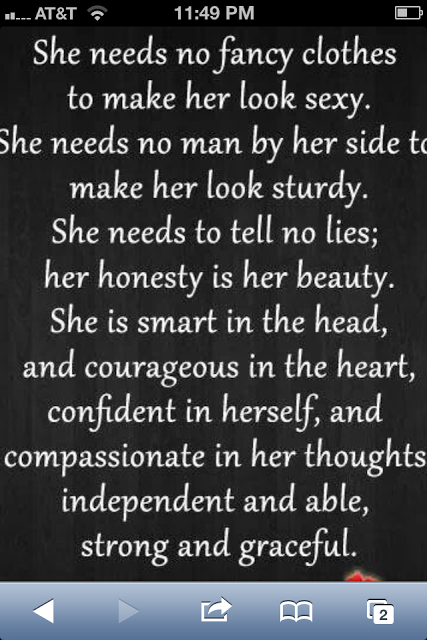 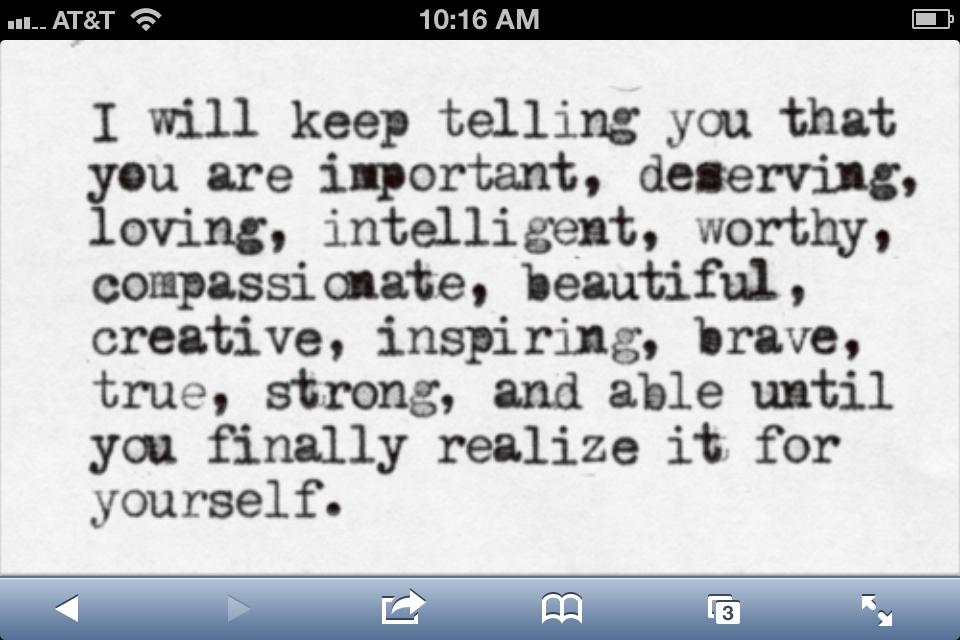 Maybe he does that with all his women. I don't know. I want to pretend, just for now, that I was the only one he did that with. That I was that special to him. Maybe I was. And maybe I wasn't. Maybe I was just another one of his vulnerable prey.

It doesn't matter really. What matters is he's gone, and it's done, and I need some time to learn to love myself and to fill my void with something good. Like God. Like only God. Not a man. Not a new dress from Prana or Athleta. Not sexy strappy shoes and French manicured toes. None of those things.


It is possible...
...well, to love someone so much,
or to think that you
Want to love them so much
that you just don't even see anything.
You decide to love him.
And you decide to trust him,
.....
You sort of notice that things are not
the way they were, but it's...
It's a...
A distant bell.
And then when things do turn out
to have been wrong,
it's not that you knew all along.
It's just that you were...
...somewhere else.
You'd have to be living in a dream.
Yes.
Yes. So...
And then the dream dies.
And the dream breaks into a million tiny little pieces
which gives you a choice. You can stick with it, which is unbearable or you can just go off and dream another dream.

You can watch the clip here, but this is a spoiler alert. https://www.youtube.com/watch?v=iY68ovrzfXc


Please keep praying for me. (We found an apartment btw! Perfect for us and near where we live now. The application was accepted despite a BK and a foreclosure.)

And I promise to keep working to fill the void in me with something good. 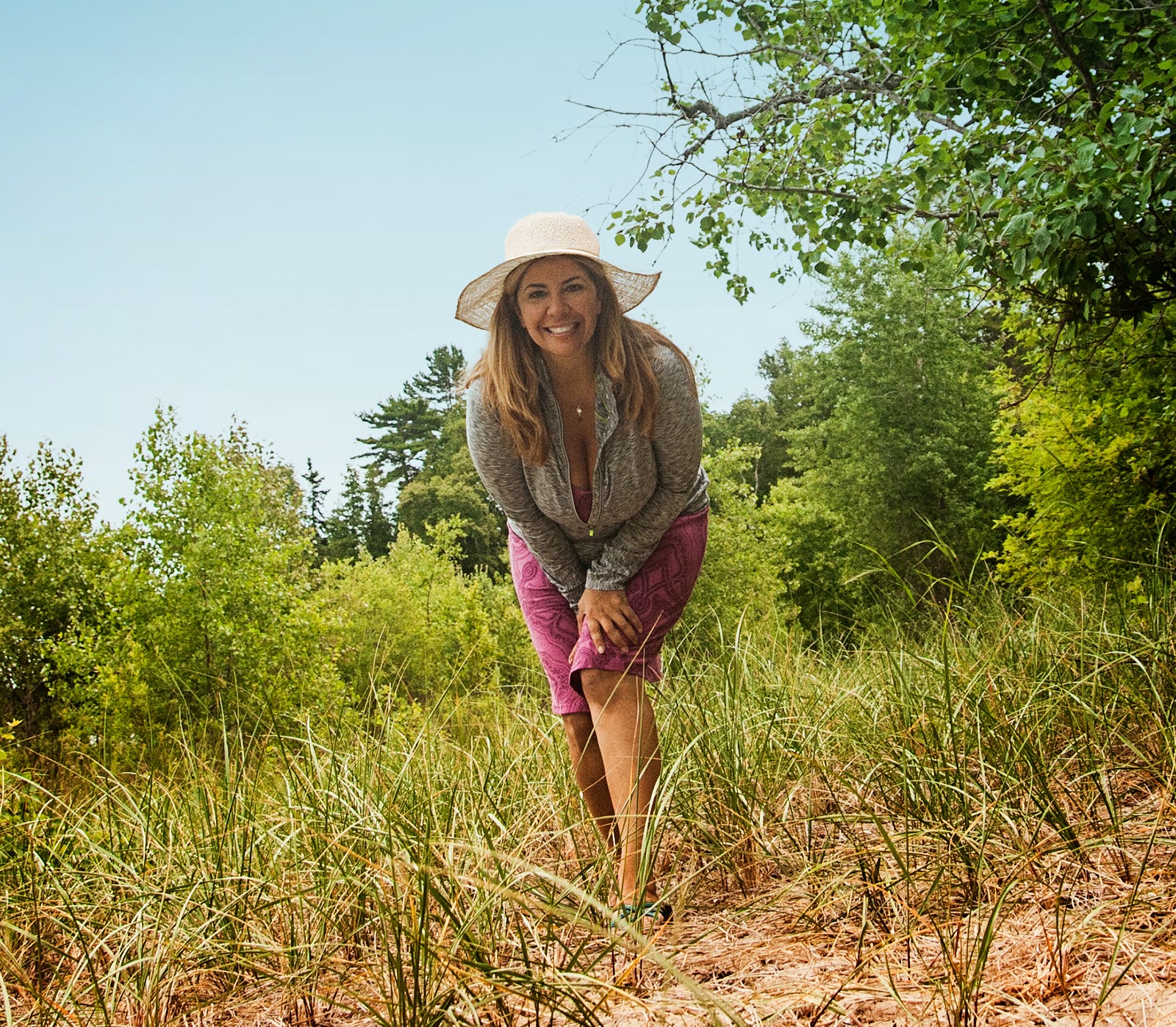