Ode to My Love

Yesterday I wrote that I wished I had a life partner. I was remembering what it might be like to be married, to have someone home with you, to not feel alone. There is some kind of security in marriage and having a life partner. I don't need that, this I know. But I was missing it yesterday, just like sometimes people dream for things that are out of reach. It provides relief from the stress of reality.

It's hard to explain. I have a man that I have been dating for some time. He's not perfect, nor am I, but he's really great. He's been supportive, kind, thoughtful. I am blown away at how thoughtful he is.

He sends me texts with kind notes, and each and every night since we met he wishes me Sweet Dreams. He either says it in person as he bids farewell to me in the evenings; as we are apart often, then in a text; if on the phone, then softly just after I say good-bye. Occasionally I get sweet notes like the ones below: 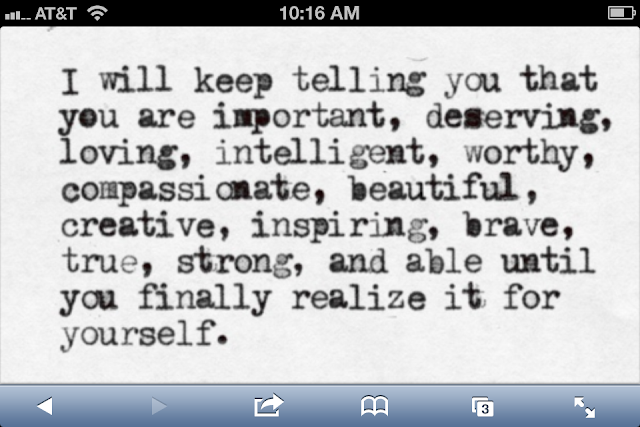 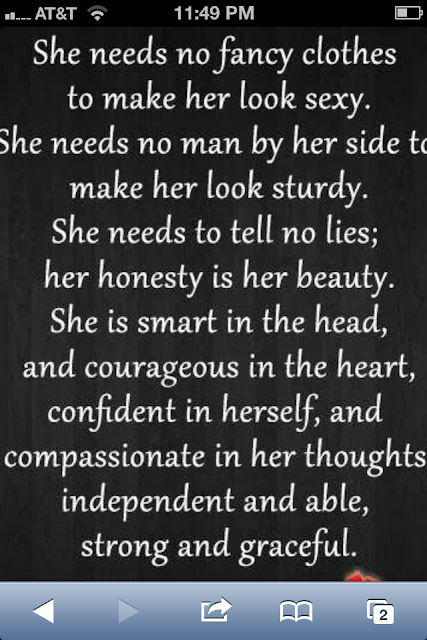 He brings flowers when he arrives for dinner, not every time but enough to keep it unexpected. He's not rich, but he splurges on gifts, surprises, and dinners out, and he wants me to enjoy myself when we do. He's kind to Oliver and has even taught him about the Green Bay Packers. He has taken Oliver to the playground and showed him how to play basketball. My sweetheart is not really the father type and has never had an interest in having children himself, but he does a good imitation of a big brother.

He's given me permission to put his photo on my blog, but I never have. 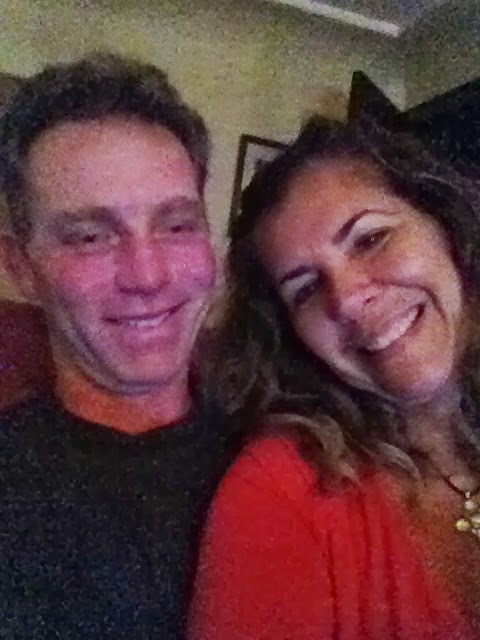 Oliver took that photo. He commanded us to sckootch over, snap snap he went. Then he decided to take a few selfies. Here's just one. 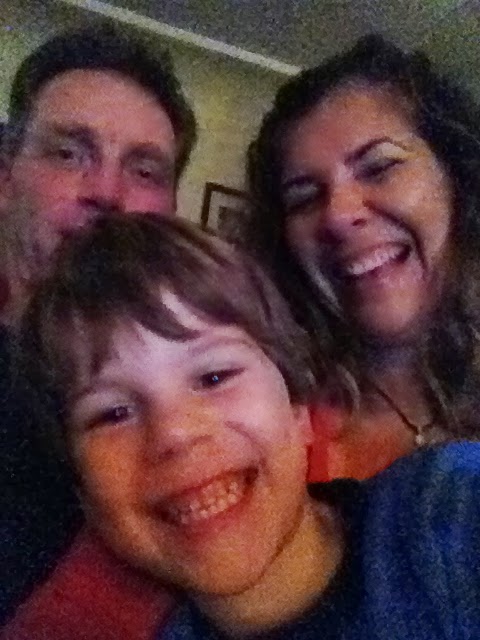 My sweetheart is everything that my X was not. He's my champion. He makes me feel beautiful and attractive. I feel responsible, funny, and myself around him. I don't feel like a failure, like I do around my X. He tells me all the time that I am strong, that he admires me. He adores me and no other. I never worry about his loyalty. I feel attractive around him because he points out all the beautiful things about me almost each time he arrives for a date. He's honest and forthright, treats me well, and is good to my son. He's quick to apologize when things go awry. He's a dream boyfriend in lots of ways. 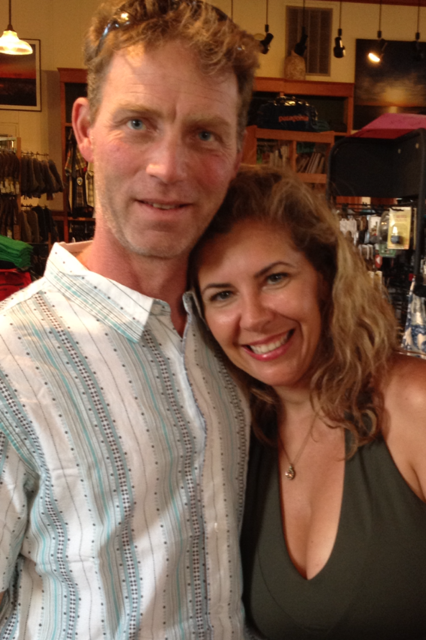 Oh of course there are things that are not perfect. I can list a zillion of them. He's been a bachelor for so long that I don't think he could ever live with me and Oliver. He's so set in his ways that I don't think we could really find a way to meld our lives together. Thus, I stay in the moment. I don't dream of marrying him, or anyone for that matter. I just don't see myself ever getting married again. It's so far away from where I am today that I don't even think about it. My life is too busy to wish for something neither I nor my son is ready for. 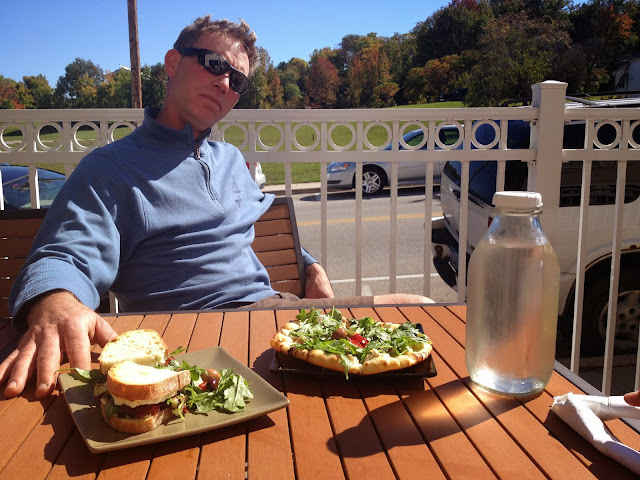 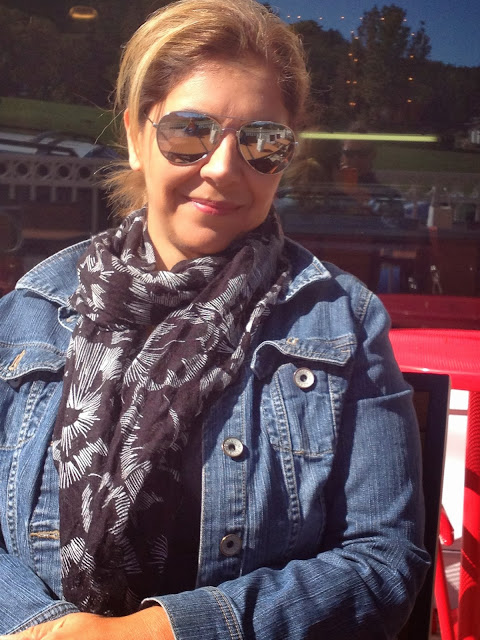 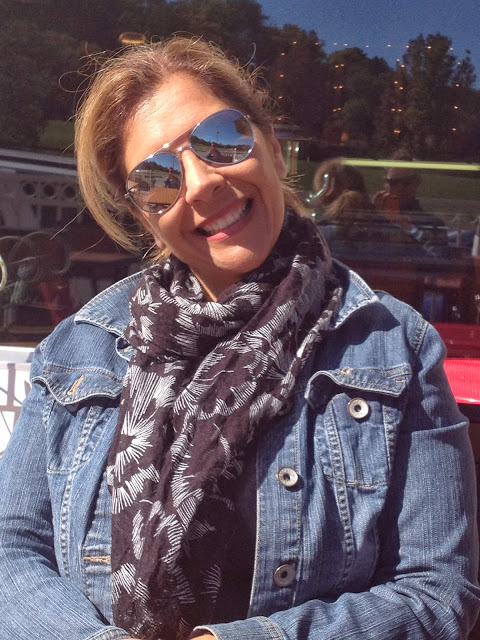 That's why I dreamt a bit about it last night. I jumped ahead perhaps. I read so many, "Happy Anniversary to the Love of my life, my wife who.... blah blah blah." I don't have that and those posts are coming up like daisies on Facebook. (Note to self, stay off facebook for a month or so)...

Sure life's not easy right now. The conflicts with my X-husband have made life difficult again. I am fighting to keep my home from being foreclosed. I think this is the second hardest thing I have had to go thru. I am not sure what was worse. I'm handling this much better than when my X left in 2010. At that time I was devastated. I'm not devastated today. I think I'm still in shock, disbelief. But, I can make it thru several days without crying. I can think about other things. I can make plans to move. I can have fun. I can eat! (I couldn't eat for 3-5 months in 2010) But shit, this is hard. I am not wired to be optimistic. To have hope and faith takes effort. It's not intrinsic to my makeup. I'm programmed to curl up in a ball and pull the covers over my head. To not do that takes a conscious effort. Of course I wont curl up and hide. Just that my heart wants to.

By the way, I did make that pea soup yesterday. I made an effort to take contrary actions. Contrary actions helps when the couch looks like a better place than dealing with life. (Ugg, the soup is not so delicious unfortunately!)

Thanks to the person who left a comment yesterday about taking that time for myself. I did chill out last night. I turned off the computer, chilled out and watched a movie. Alone.

Thanks for checking in.