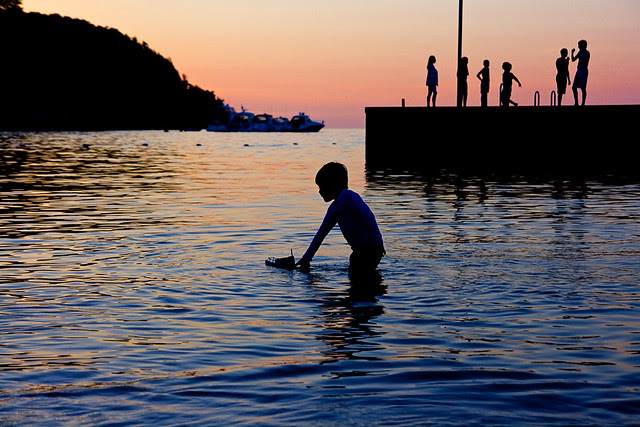 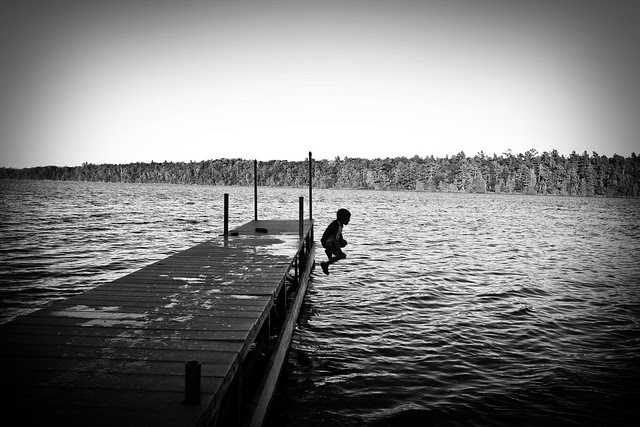 I wish I had time to tell you about all the fun things we’ve been doing. Summer was awesome — and it ain’t quite over yet. I brushed off a tad bit of guilt for not enrolling Peanut into the sport activities that his other buddies were exploring: soccer, baseball, basketball camp, swimming, tennis, martial arts. Yet he had 7 sessions of Audubon Nature Center camps (2 in one week I might add), and we were both sick of it by the last week. I wasn’t about to run around from rec center to soccer field to community center week after week making sure my son was up to speed with the other 5-year olds who were becoming experts in their chosen sport. Forget it. Door County is only three hours away and provides more adventurous sport and recreation than a fluorescent-lit gym or a fenced-in soccer field. We come home smelling like the North Woods. Fresh lake air, grass and manure.

Door County — it’s a great place for kids. My summers were always filled with outside play, nothing quite so organized. I knew there would be time for that — organized play, organized sports — later in his youthful career. How many more summers would my son want to hang out with just his mother? He loves being with me and the cottage is an intimate place for us, just over 400 sq feet, no bigger than a two-car garage. Perfect for us. I cook and relax in the same room. Two small bedrooms, both of which can  host only a full-sized bed. One teeny-tiny bathroom. And this year, NO BUGS! I sprayed at the beginning of summer after the second swollen, golf-ball-sized spider bite Oliver received. We try to live without synthetic chemicals when we can, but enough was enough. If you’re a ferocious spider, be warned. Don’t come near my son.

Our cottage is big enough for us and small enough that Peanut gets to be in the same room as me, which for him, is a life perfected. If he could, I’d be almost everywhere with him, do nothing but serve him, play with him and answer every single question he has about every single query that tickles his fancy. Occasionally I hear, “Can you go Momma? I need my space.” Which works for me. I get to text and check my facebook account. Or just read something adult.

After spending a full week together in Door County, it was difficult to send him off with his father yesterday. We were so close and had a ton of uninterrupted fun. The beginning of K5 was a big deal too. I made it into a huge production which made it so fun. We had a great breakfast, brushed his teeth extra good, took his height measurements, put on a brand new outfit, stuffed his super-cool new backpack with all his carefully packed school supplies and made a yummy lunch with lots of goodies in his new alligator lunch box. (Pictures to come.)

Look at him. He’s growing up so quickly. 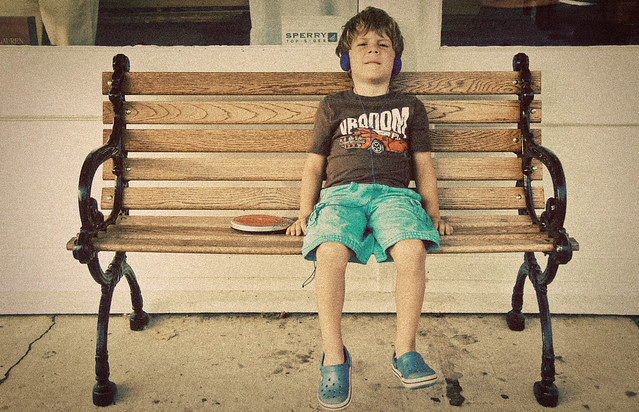 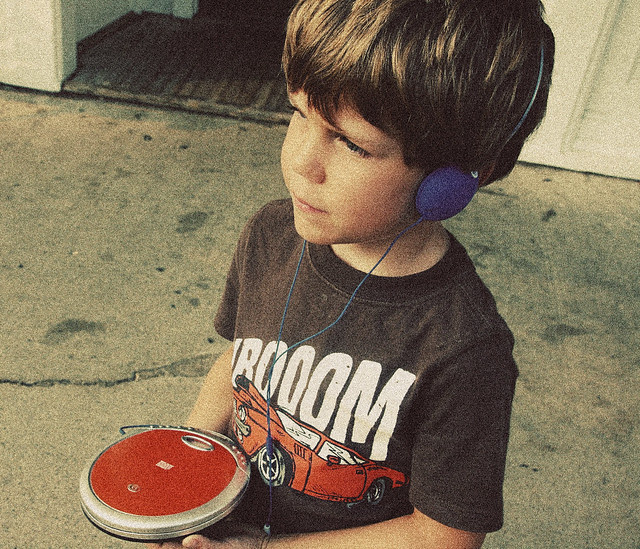 Since I denied him organized pleasures this summer, I was determined to get him into sports the minute enrollment for the fall programs opened up. He’s in basketball, soccer and swimming. They start at different dates, so it’s only one activity at a time. He wanted to learn to speak Spanish too, so he’s enrolled in that as well. And... Oliver loves to dance. They offered a hip-hop dance program after school. I felt a twinge of guilt last year when I realized that my son had not heard a drop of pop-radio in his life. On the last day of school in June, his school had a DJ on the playground, and all the kids were dancing to music Oliver had never heard. The kids knew the words and the dance moves. Peanut did not because we subscribe to satellite radio, Spotify and Pandora. We listen to Avett Brothers, Ray Lamontagne, Old Crowe Medicine Show, Hayes Carl, The Lumineers, Alabama Shakes, Mumford and Sons, Edward Sharpe, Dixie Chicks, Matt Nathanson, Matt Kearny, Lady Antebellum, John Prine, Miranda Lambert (Oliver calls her “The Cowgirl”) and then hop over to be-bop jazz. Oliver adores Vince Guaraldi especially. He’ll stop whatever he’s doing when a “Charlie Brown” song comes on and head to the iPhone player to dance. Just the other day he was showing one of his new (stuffed) animals our home. “Here’s where we eat. Here’s the bathroom.” He stopped in the hall where the iPhone player sits and told his new animal, “And this is where we dance.”

Having decided to get him up to speed with current pop music trends, I made him a road trip CD for our latest Door County excursion. He received a portable CD player when he was ONE... and now has become addicted to it. His musical tastes are quite mature.

Until I made him this awful mix CD.

What was I thinking? Crack for kids: Gummie Bear. Gangum Style. MC Hammer. Alvin and the Rodents Chipmunks.

By mid-week I channeled my mother’s voice: “Turn that music down! I can’t stand it!”

Only to look at his innocent face. Like a hurt puppy, a deflated balloon, he’d reluctantly turn the music down. “But Momma. You have to hear this.” I’d get to hear 1/4 of a song before he’d change it and be on to the next. “Momma, I listened to this song all the drive!”

“Oliver! You listened to lots of songs on the (3 hour) drive up here, right?”

Oh my dear Lord. What have I done?

At the beginning of summer, I had to delete Plants vs Zombies (a game) from the iPad because it gave Oliver zombie eyes after playing it. It’s scary what a magnetic pull really bad things have over a young soul. Oliver would lie, cheat and steal just to play that game. After that, I had to limit the iPad — movies and other games were more interesting than any of his toys. Now, it seems, Gangum Style has a spell over him too.

But then there’s this... 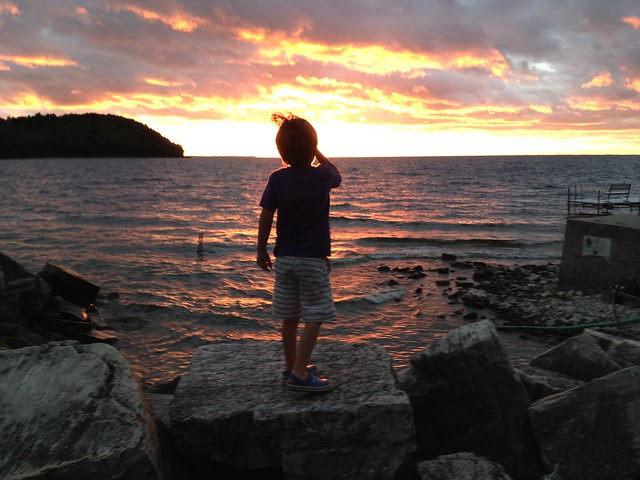 A natural remedy to 5-year old pop culture. The water, the sun, the rocks. This magnetic pull is much stronger.

On Monday, September 2, 2013 at 7:30 pm we set sail for home (in my truck). Oliver had his first day of Senior Kindergarten on Tuesday, and we had a 3 1/2 drive ahead of us. We watched the sun set for the final time that week.

“Welcome home,” the fisherman said to me that same morning as he and I shared how much we love it up there. I didn’t grow up in Door County, but in some ways I did. I grew up stronger, fuller, better. I let go of a life I once had and began a new one. We have friends. Neighbors. A community. A church. A family up there. It feels like home. It is our home. We made it ours. We claimed it for ourselves. The frogs in the swamp behind the cottage lull us to sleep at night and the sea gulls call us to take the day at sunrise. The ferry engine gently wakes us. The sun wraps a blanket of comfort around our souls. The water calms our fears. The rocks and forests beg us to explore. The people extend their arms. The cottage nestles us together. Oliver and I feel good up there. We belong. We were once visitors, but we staked our claim. We know what a very special place this area of the world is. There is nowhere else on earth right now that we would rather be, which is why I haven’t written much here on RP. We’ve been busy soaking up the summer. To the very, very last drop. 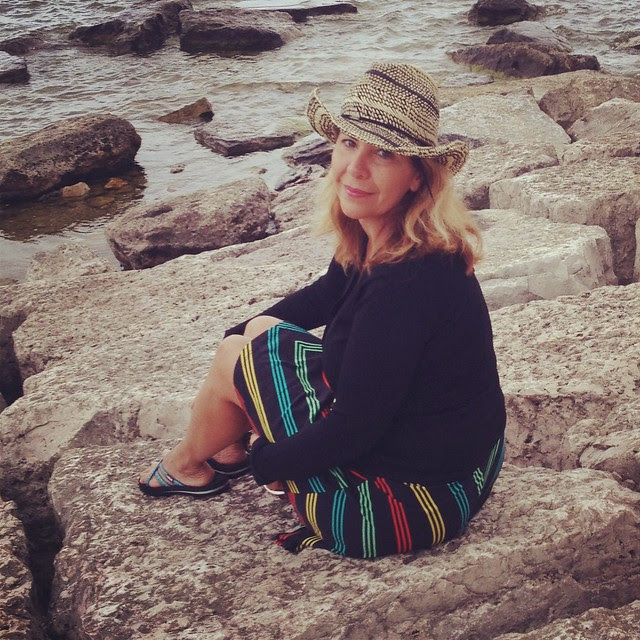