I heard this song this evening, and it gave me pause.

Lately, I've found myself, on occasion, with a lump in my throat.

It’s just another one of those things, those little parts of the journey that your soul experiences in this time on Earth, one of those things that are not easy. I have been experiencing a bit of sadness, off and on, the past two weeks. It does not consume me, not one bit. But it's real. It's there. It's something that I have come to accept. It's part of going thru a loss, a divorce, a break up, broken dreams, dimmed hopes. It's never been more clear that some of this is only going to make sense to me, to me alone and no one else, not even my son, of whom I feel this sadness for at times. I know he's happy, I know he will grow up just fine. I know he will miss out on what I really want for him in his childhood, but Lord knows he is loved, so loved. I dare not worry too much about him. No, this is more about me, my humanness, my hurt, pain, sadness, grief.

Today was thee first time ever that my son spent a holiday with another woman. And that bugs me.

There are so many things I have had to overcome, so many times I have had to learn to put my big girl panties on, so many times I have had to take the high road, to smile when I wanted instead to punch. To act like a lady when I wanted to swear like a sailor. To grin and bear it instead of coming out swinging. I was recently let out of my contract due to no work for me to do, and when those things happened I smiled with dignity and held my head high. I looked people in the eye and thanked them for the opportunity. I know God has a plan and that I am going to be where I am supposed to be, for whatever reasons I am moved with love and care to the places where I am needed or where I need to be. I handle all this. Sometimes I want to say mean things, question and confront, call people on their shit. I don't because I don't want to burn bridges. I don't because I am professional. And possibly because I don't have the guts.

None of this may be making sense to you and that's OK.

Matt discussed taking Oliver to his girlfriend's family's home for Easter. I was not in agreement. It took two weeks before I could respond with calm, rational thinking. I did not discuss it with anyone, not even Matt during those weeks. He did not get the best side of me, for I made sure in no uncertain terms that I do not think his high school 20-something girlfriend has is qualified to keep my son's best interests in mind. She showed Oliver his first real live gun at age 4. (It was brought up in court, it's on the record and it's been discussed a fair amount of times, and I am satisfied that it will not ever happen again.) On top of that, she's beautiful. Go look. You'll see her on Facebook in glorious poses in short shorts, tight tee shirts, little bandana tops and see-thru type tops on. I looked a few times at first. I wont go back to see that anymore. I was only hurting myself. She's young. She needs attention. Her family has money. Draw your own conclusions to that scenario. My son might read this some day, so I'd rather not tell you what to think.

So I vented to Matt and told him exactly what I thought. of this teenage wannabe woman. I don't feel bad for doing it. I don't care really. I took the backhand of Matt for almost 2 years. It was only until April of 2012 that he began to be nice to me again, emerging from a dark place and having some semblance of the man I married. Except he lost the part of him that loved me and cared for me. In April 2012, Matt found a woman 20+ years younger than me. That is very hard to me to deal with, but I do. I do deal with it. I do not obsess about it. I have my own life to live. I am not in a place anymore where I desperately want him back. I accept my life, the way things are, and have actually been enjoying my life, joyfully, fully.

It took a couple weeks, but I realized that Matt's girlfriend is probably a nice woman. I am not sure why I think that, given his record of being attracted to men (friends) who need him to kowtow to them. I hope she doesn't fall into that category. She seems to be nice to my son; I haven't heard anything from Oliver to tell me otherwise. I don't think she makes the best decisions (see previous paragraph) and my X is like a kid in a candy store if you know what I mean (see previous paragraph).

OK, I have to get to the point.

I found a place in my heart that thought it would be nice for Oliver to go with his daddy to her home and do an egg hunt with some of the other kids. My negative thoughts have mostly to do with my fears, and not all are based on reality. I am sad that I have broken dreams. That facts are: my son is healthy, my son is happy and his father and I are extremely amicable. Oliver's father also suggested he would have Oliver wear the Easter outfit I bought for him.

Doesn't he look handsome? My little boy is growing up so quickly. I wish I had another baby. I miss Oliver when he's with his daddy. I wish I had him all the time, but I just can't. That bugs me; it's just another thing I've come to accept. He loves his father and he needs him in his life. At times I want to compete, but I know it's not right.

Anyway, he had fun and that's what matters. He does not need to know that it was difficult for me. He does not need to know that today I was jealous of the parents who were together, married, with their children. Happy. A family. I haven't longed for that in a while. I miss that. I miss that. But it's OK. I know I have another path and that life doesn't always work out the way we want. That doesn't mean my life is hard or difficult, nor sad. It just is what it is. I am happy. But sometimes this stuff is hard. That's all. Just hard.

He had fun and he is loved and that's what counts. See for yourself. 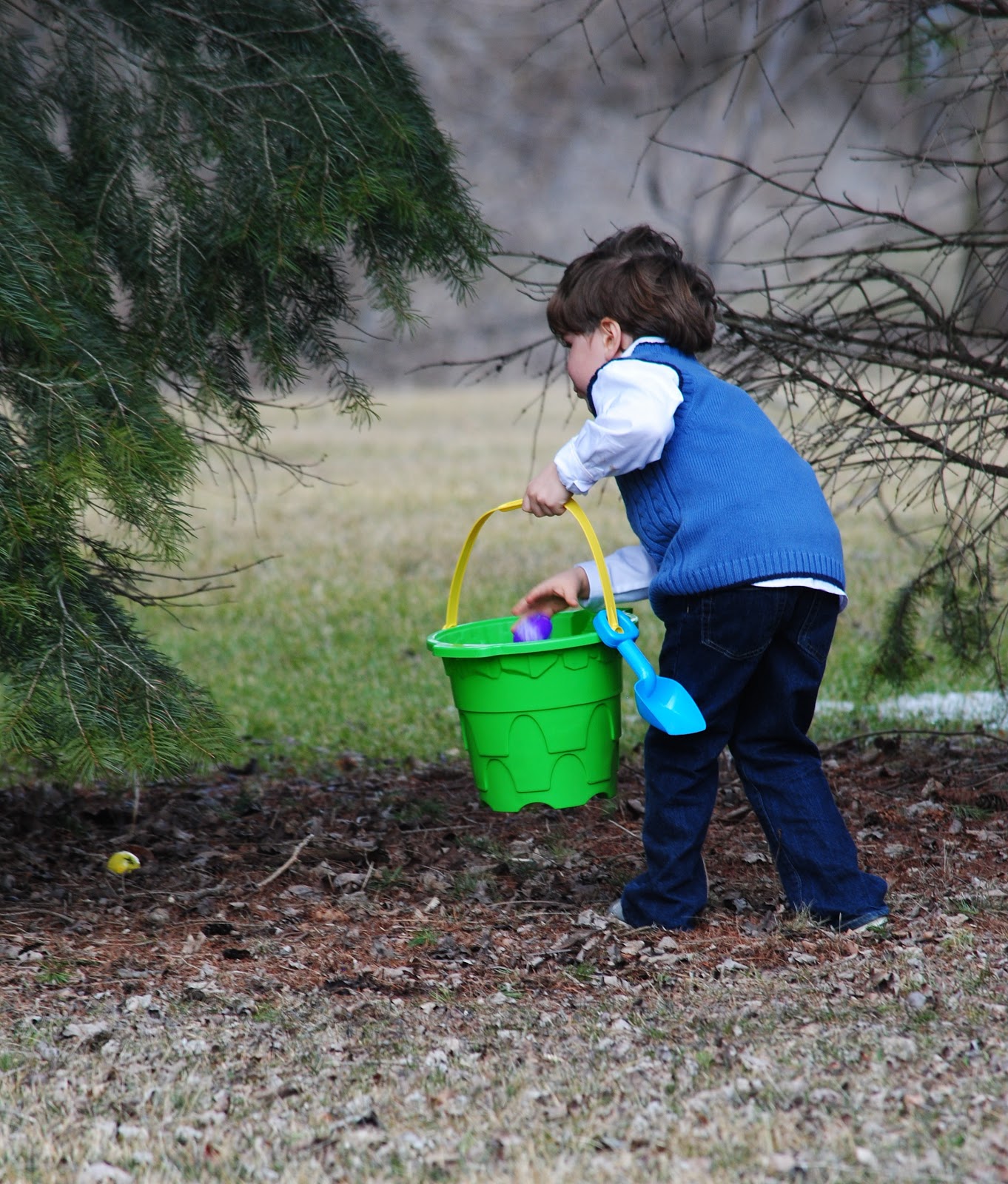 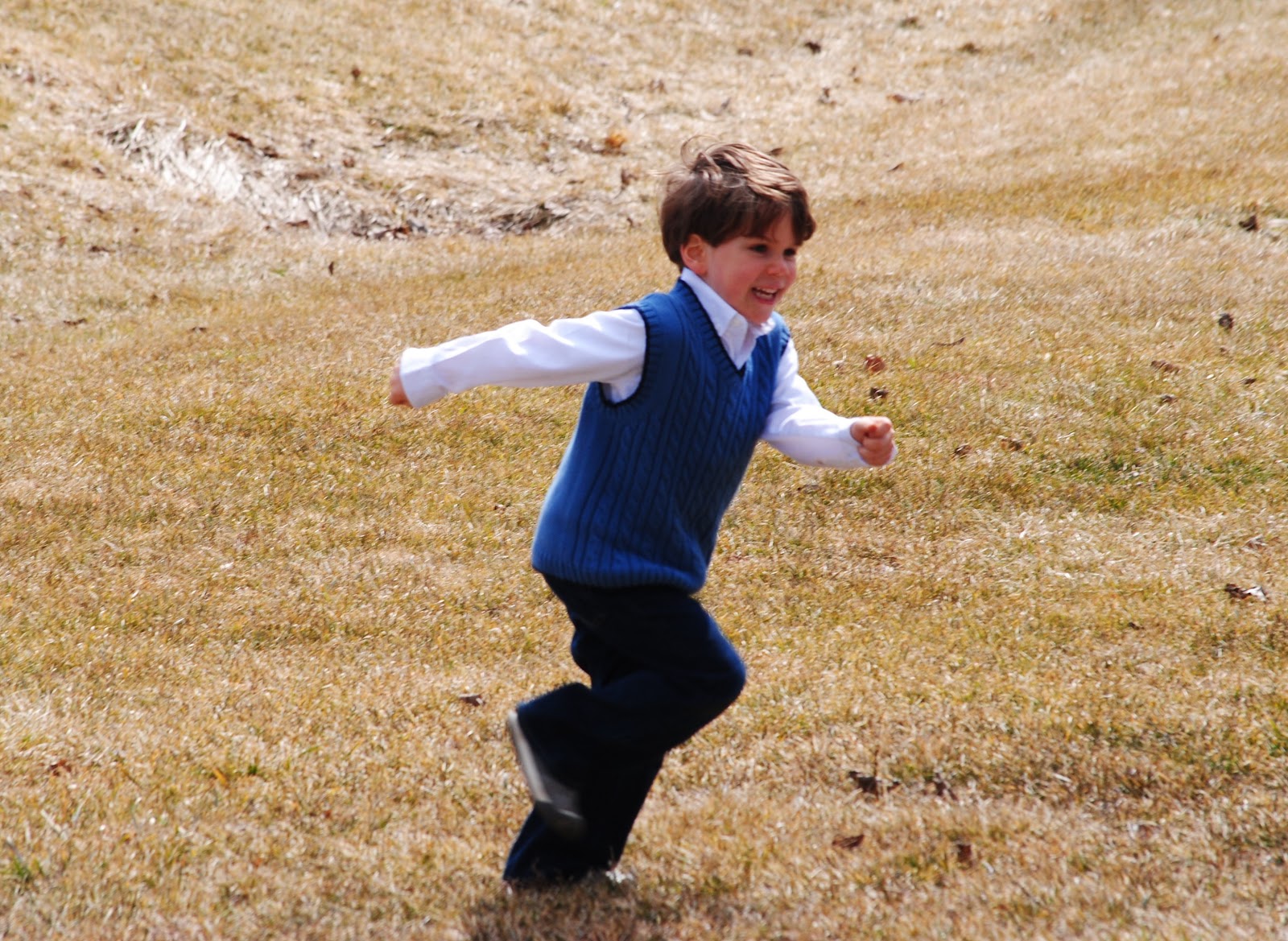 And the tears come streaming down your face
When you lose something you can't replace
When you love someone, but it goes to waste
Could it be worse? 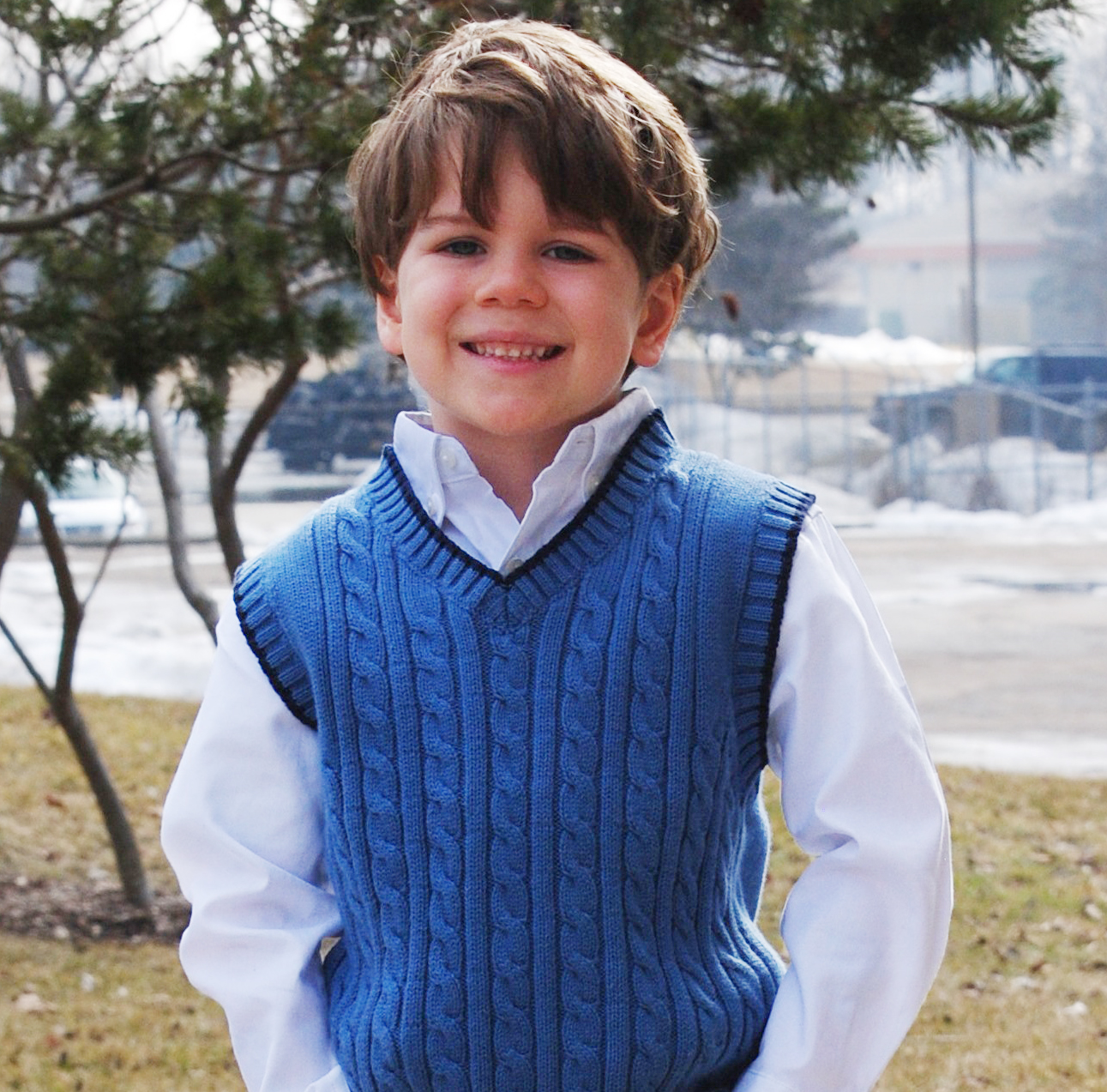