I say this prayer daily. I used to say it for years, on my knees, each and every single morning, until finally, one day, I realized it had come true. Recently I have started saying this prayer again, altho I have tweaked the wording a bit. Feel free to use it yourself, substituting any person you like. It works for children, parents, brothers, sisters, coworkers alike.

Help me not to take everything personally.
Help me to have a sense of humor.
Help me to remembered that Matt is:
my husband, my friend, a hard worker and a good man
and not my adversary
Help me to be willing to do whatever it takes.


I have to tell you, the spin on this blog has never really been one where I bash my husband. You guys have heard only bits and pieces. You have seen my hurt, my pain and my anguish. You've seen a bit of Oliver's hurt too. But you have never heard Matt's side of the story. Maybe what he did (leaving) trumps whatever I did. That may be true if you want to believe that. But here's the deal, no matter what, Matt is a good man. He was hurt by me, by the things I've said to him, by how I treated him. I don't really like to share that because in all honesty, I feel bad, and my ego finds it hard to be that honest. You might be appalled if you knew.

In all of this he is still a wonderful father. He may have his faults, but don't we all.

At this point, I don't know what I will do. Leave? Stay? I don't know. Like I've shared, so many people have so many opinions. I've been told, "It's time." more than once. You know what? It's my decision. Please allow me that. (You have... mostly, almost all of you have.) I know no one likes to see people they love or care about hurt. I get that.

All I know is that this crap takes time. One of my favorite readings in Emmet Fox says,

A city child was spending his vacation on a farm. They showed him a hen sitting on a nest of eggs and told him that some day a little chicken would come out of each egg. ...

Days passed and nothing happened. The eggs still looked exactly the same. Not the slightest change occurred in the appearance of things, and gradually his faith waned. At last one day he told himself bitterly that he had been deceived.

Next day however, from habit, he went around to the nest as usual, but without any hope; and behold, what was his joy to see a flock of little chickens running about.

Of course wonderful changes had been taking place all the time, behind the shells, but there was nothing to show for it until the very last moment. Some of our greatest demonstrations come to us like this. In this story, it was the spectator who lost faith, and so it did not matter. If the mother hen had lost her faith — well, there would have been no chickens. Give your demonstrations time to hatch.


And let us not be weary in well-doing: or in due season we shall reap if we faint not. (Galations 6:9)

I need to give myself and my marriage time. Only God knows where this will end up. For now, please allow me the space to figure it out. Matt is a good man. Really. He is! I was not the best wife. I am not the reason our marriage fell apart. I'm not the reason he lost his business. It's not my fault. But I could have been better. I'm not completely innocent.

I've learned so much these past 16 months. I know how to be a better wife now. I know I'm better person for this. Do I wish this on any family? No way. But thru this I've found my way back to God... I'm exploring Christianity, which is fitting into my life in a way that I never thought it would (because I can be so liberal at times), and I have done a thorough self-inventory of my wrongs. I see what I've done and I'm ready to make living amends. I don't bash Matt. I don't want to. And I hope you can see that he is just another one of God's kids who's trying to find his way too. In his eyes, he feels he's doing the best he can, that he's trying to do the right things.

We all make mistakes. 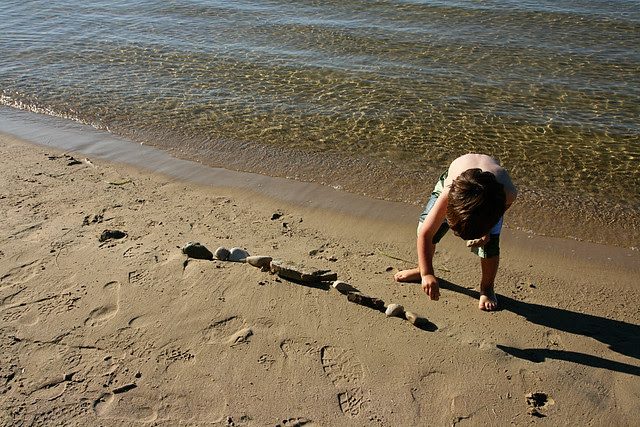