Pop's is in the Hospital Again 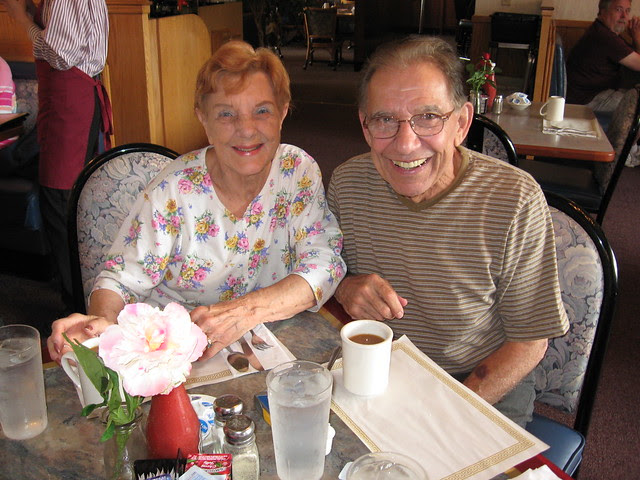 Well, things have been up and down for my father. As you can see from the photo above, he's a fairly dark skinned Armenian man. Lately his face has been pale and he's been light-headed and short of breath. They adjusted his meds and were hoping that would help. Today was the worst. He could barely talk and he had some chest pains. He spent the whole day in the ER, and after 5:30 still had not seen his doctor. They admitted him this evening and they still haven't told him what's wrong.

I have Oliver this evening and haven't been able to see him. (It's Friday night.) So if you are reading this and would like to offer up a prayer, that would be great. Oliver and I will go visit him first thing in the morning.

In case you're interested, the photo above was taken over a year or more ago. That is my Pops with Dotti, his sweetheart. They've been together now for the last two years. She is just as sprite and active as he is, so they are a good match. She's an awfully neat lady.

I'll keep you posted as to how my father is doing. Thanks for the prayers.