Hello everyone. Wednesday morning (tomorrow) my father will undergo open heart surgery. It will be a major surgery involving three intense procedures. In laymen's terms he will have: one by-pass, one valve replacement, and one aortic aneurysm repair. My pops is 82 years-young. He works out at the Y and could probably take anyone of you on in a push-up contest. He has a very positive attitude and a strong will to live, so that is going to be extremely helpful in this major operation, and it will go a long way in aiding his recovery.

Please keep Alex in your prayers. 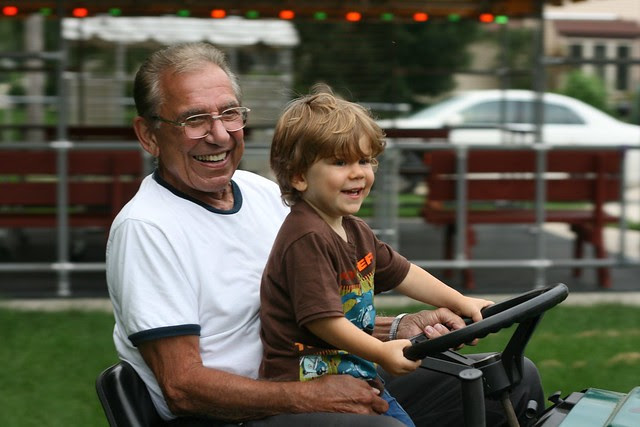 Just Sunday evening my father complimented me on my parenting our son. He often says that Matt and I have done a good job with Oliver so far. It feels good to know he likes what he sees. I'm glad he's in Oliver's life, and he's so eager to be a grandfather. He often says he could have 10 more of Oliver. It makes my heart sing.

I found this quote and I think it to be true of my dad:

I've had a hard life, but my hardships are nothing against the hardships that my father went through in order to get me to where I started.

I wont go on about how hard he worked, but suffice to say, I know I had more than my father did growing up. And my son has more than I had growing up.

Anyway, my sister is arriving from Tampa as I write this. My brother will come up from St. Louis after the surgery and assist in after care. My other sister is already in town, but is wheel-chair bound therefor will not be at the hospital tomorrow.

My dad's sweetheart, Dotti, will be with us at the hospital, along with my Aunt Margie, who is my dad's sister.

So our family is rallying around. I will have Oliver with me. There's a family waiting room which has a lot of great toys and fun things for him to play with. It's pretty comfortable. Matt will pick up Oliver at 5 pm and my pops should be coming out of surgery between 5 and 8 pm.

The frightening thing is, I was told that if I have anything I need to say to him, to say it before he goes into surgery. Chances are he will make it, but there are no guarantees. He's elderly, and like I said, he's having three major procedures.  In addition to the surgery, the greater risks are hoping he will resume breathing on his own afterwards. His recovery and aftercare are critical. I'll be at the house off and on the next few weeks and months helping him get back on his feet. He wont be able to drive for a month or more, nor will he be able to move about like he's used to.>

Please keep him in your prayers. I'll keep you updated on his status. 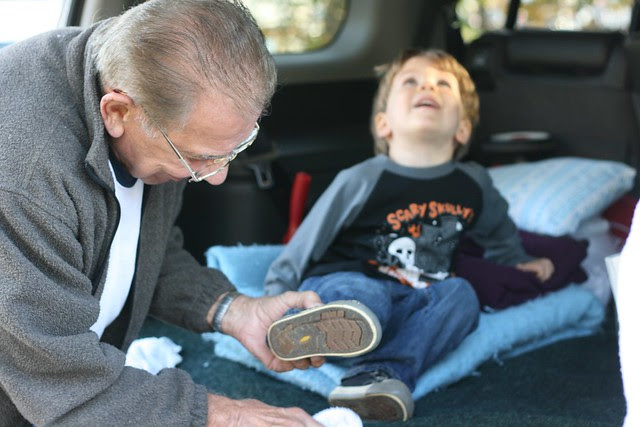 When you have children yourself, you begin to understand what you owe your parents. 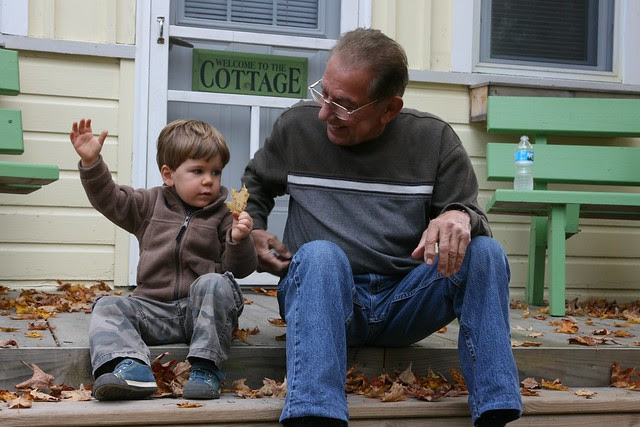 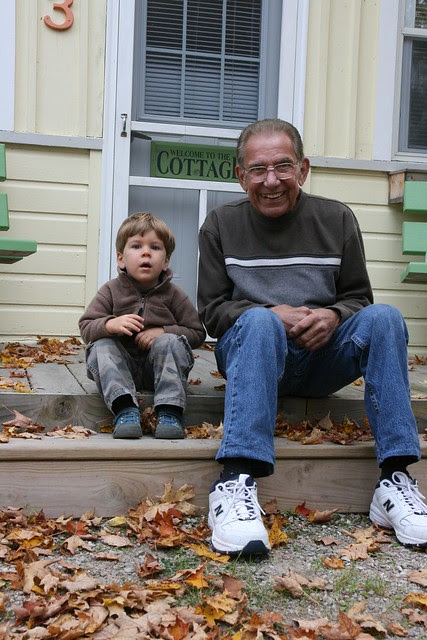 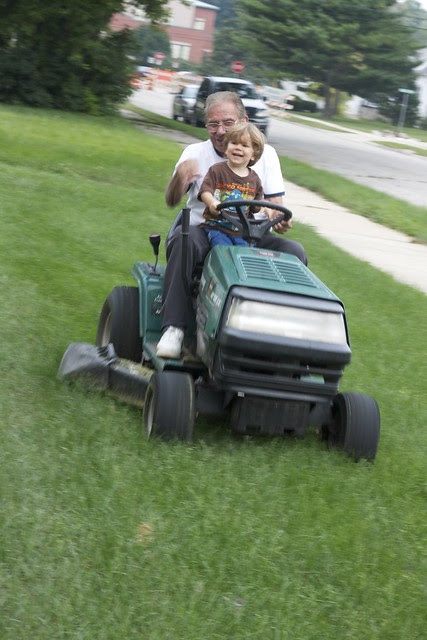 The guys who fear becoming fathers don't understand that fathering is not something perfect men do, but something that perfects the man.  The end product of child raising is not the child but the parent. 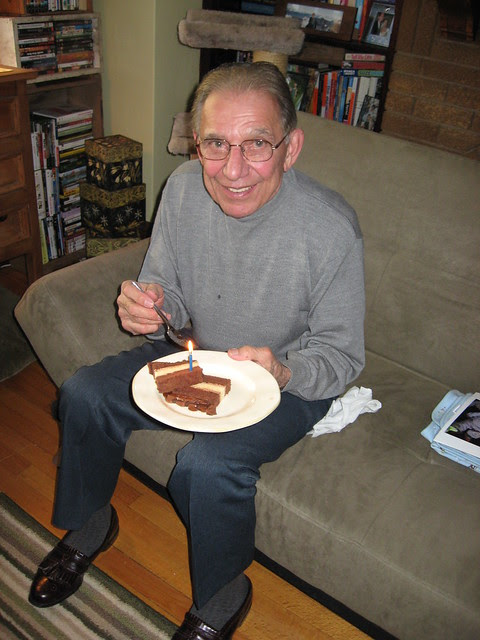 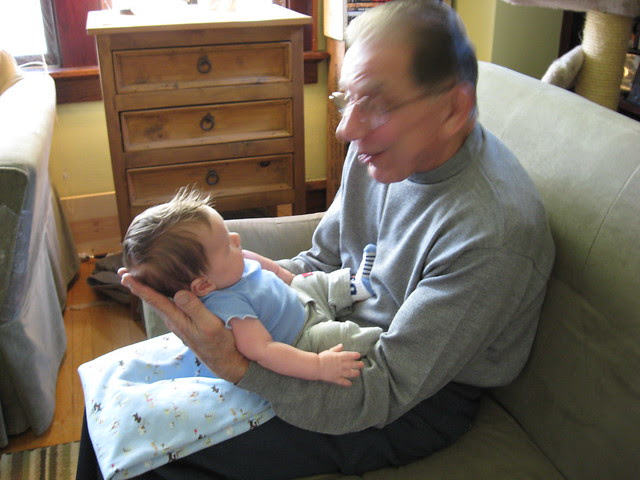 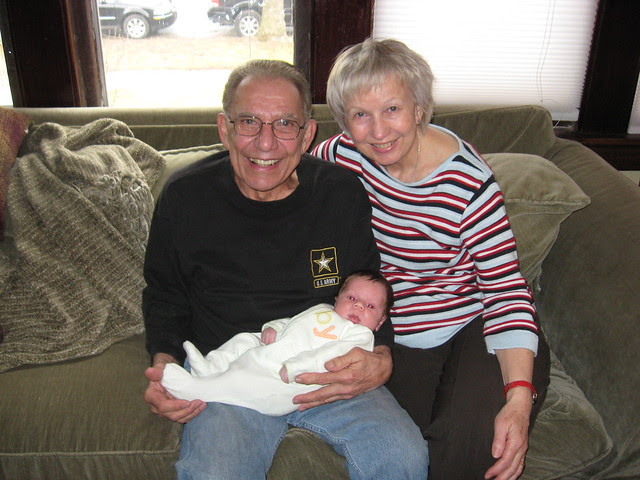 It is one thing to show your child the way, and a harder thing to then stand out of it. 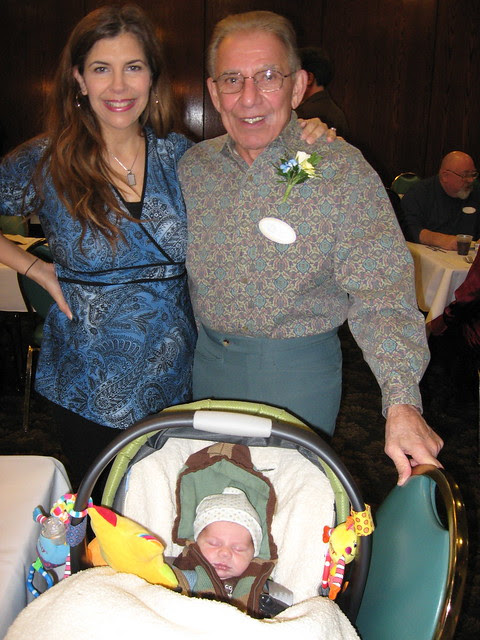 UPDATE: thanks to everyone for all your prayers and kind emails. Many of you offered to sit with me tomorrow. I have so many friends. I'm blessed! I promise I will update all of you as soon as I know anything. It's scary, but yet again, it's one more thing I have to leave in God's hands. Good night everyone....