Door County Weekend with the Girls

I have to get this post up. It's been sitting in my "draft" folder for a while now. Two weekends back, I hung with 4 of my very good female friends. They are a really special set of gals. They are spiritual and funny and beautiful. These gals carried me thru the weekend and lifted my spirits.

We headed up to my cottage, like we do each summer, altho the group sometimes loses one or adds one each year. But we've all have been friends for about 10 years, more or less. We left Friday night, stopped for a fabuloso dinner on the way up, and arrived at about midnight! Trying to turn on water and other amenities in the dark was quite fun.

So, all weekend, we laughed, ate, walked, ate, laughed, walked and killed off a few mosquitoes. They also put up with my teary-eyed self.

We packed as much as possible into that Saturday. We started the morning with prayer and meditation. Then off for a quick morning walk and jog. Afterward, we made breakfast and then headed to Newport State Park for a real real hike. Covered in repellent, I survived the trek without hosting my body to the forest friends, but one of the gals donated blood to 12 lucky mosquitoes, on one arm alone!

After that we headed back to the cottage to shower and dress for day into night. I got crap from them for allowing a peek of my unmentionables with my dress.

Anyway, here are the gals as they waited for me to cue up my camera. Allow me to introduce them. From left to right: Angie, Christi, Brea and Danielle. 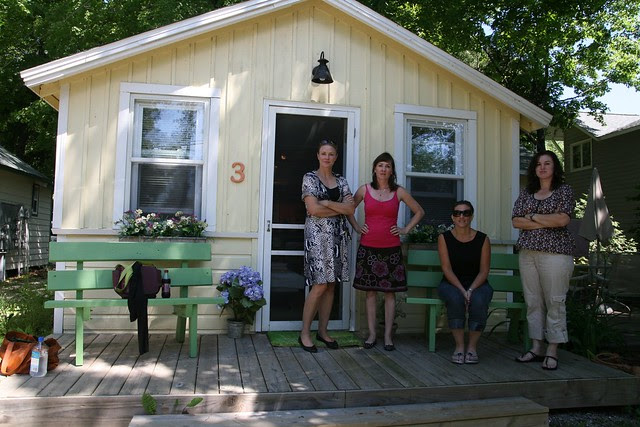 I like this photo above b/c I think it shows their true personalities.

And here's the sweetheart shot: 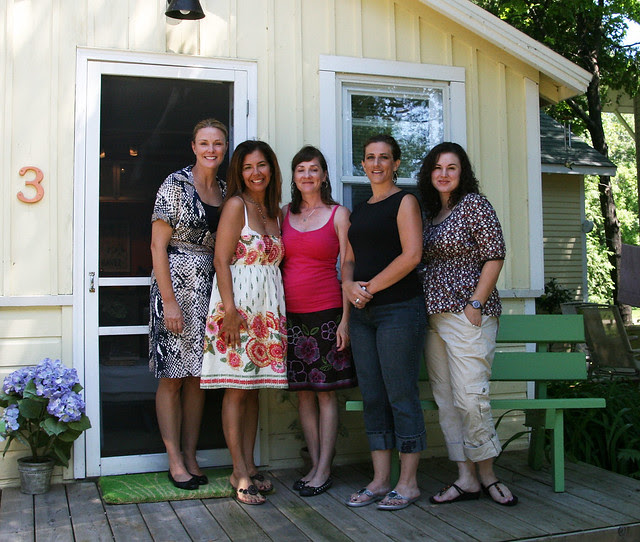 So off we went to soak up some afternoon sun. We went to Fred and Fuzzy's and had lemonades, Bloody Mary's and chips with a front row seat to the water. 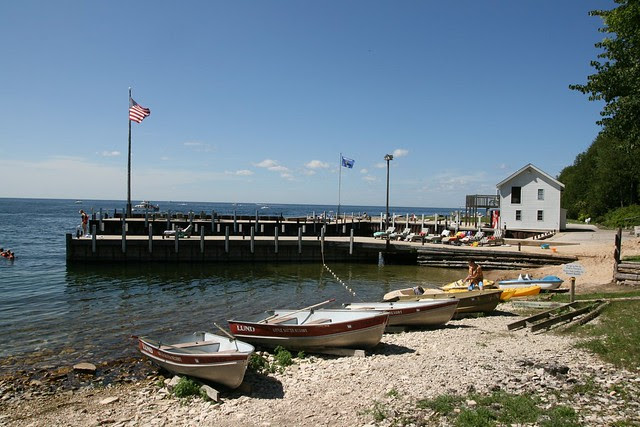 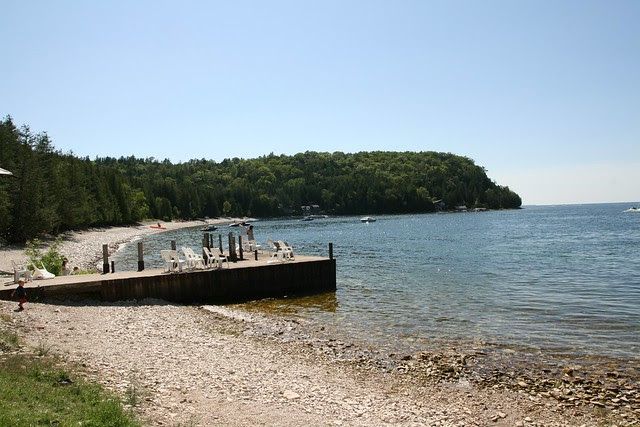 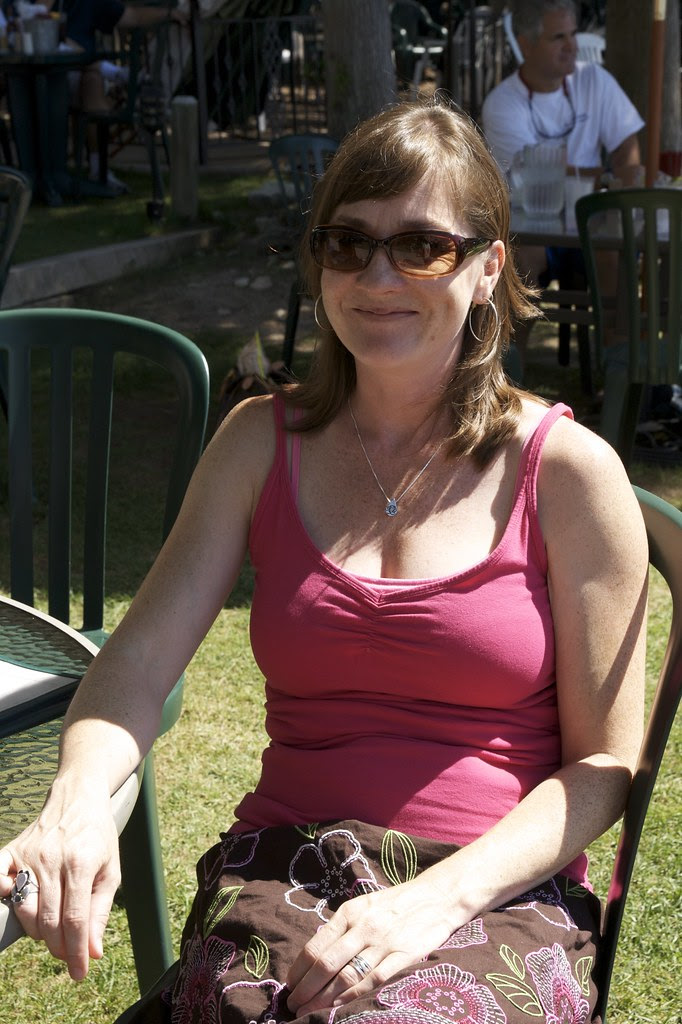 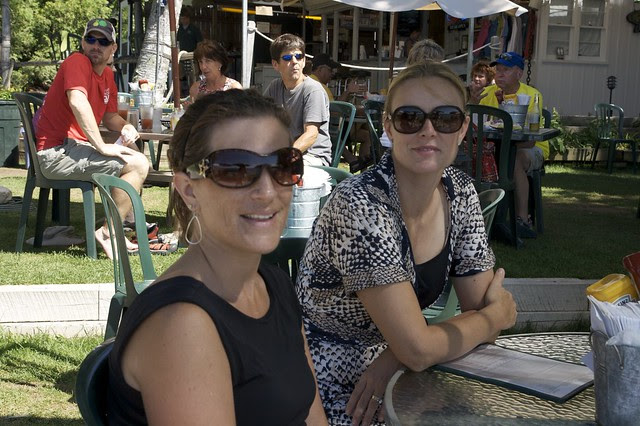 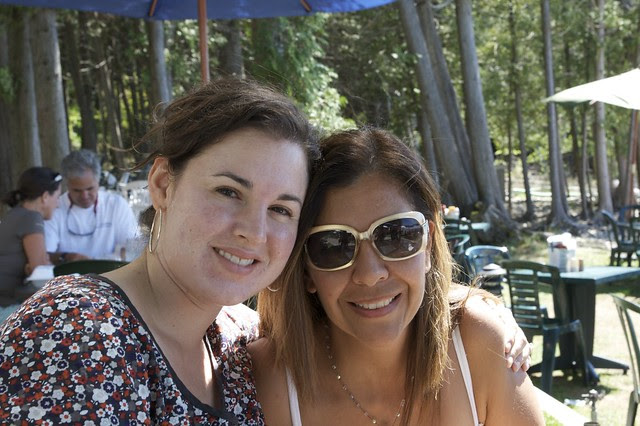 After that, we shopped, found our favorite Chocolate Chip Pie at Sweetie Pies (there is none other) and then shopped more. Danielle found a cute hat. 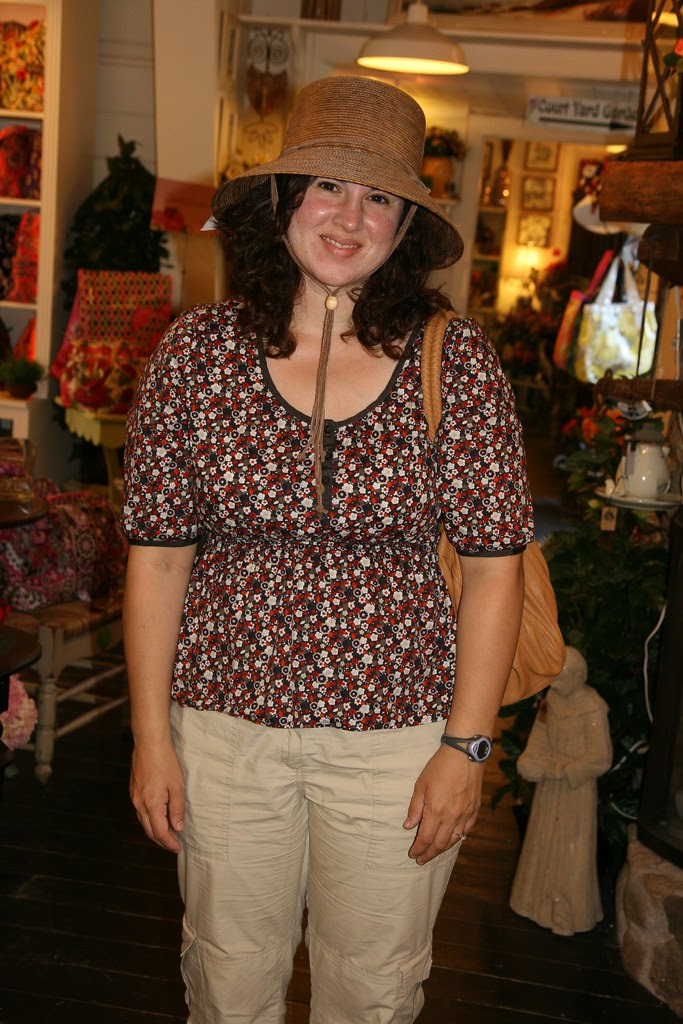 We decided to get an early dinner. 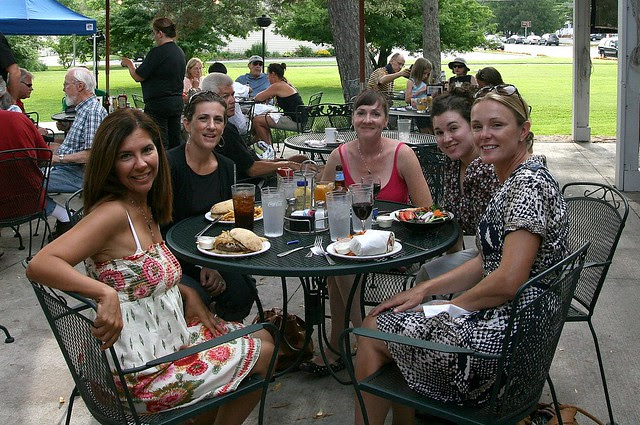 Then we had some time to kill. We were going to a movie that night but it wouldn't start for a while. We went for a drive thru Peninsula State Park to check out the views. They were beautiful we think... we're not sure b/c Angie was Little Miss Speed Racer. I'm not sure there were any squirrels left by the time we left the park. Pretty sure she may have injured most of them.

We finally got her to slow down enough for us to stop for a photo opp. Laughs continued. 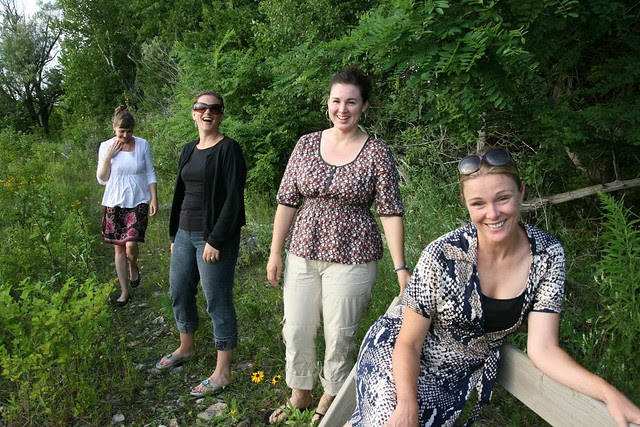 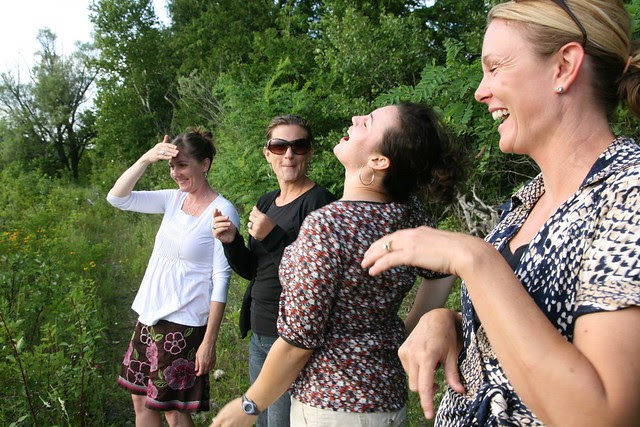 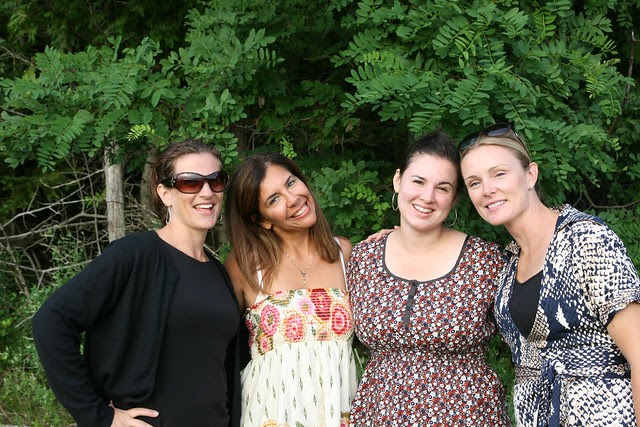 I especially love this photo of Christi (first gal on the left). I think it captures her personality perfectly. 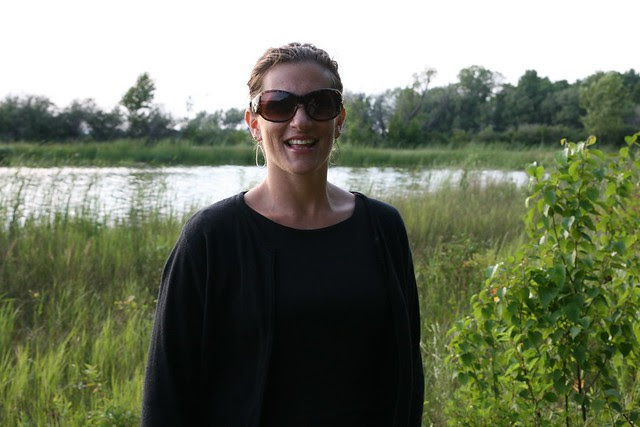 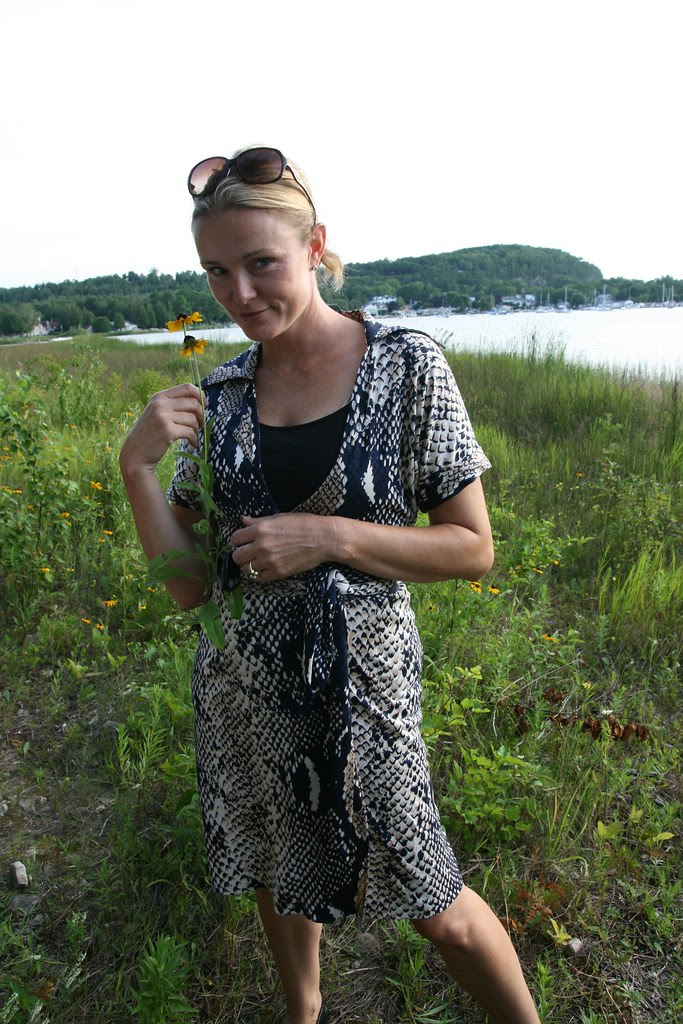 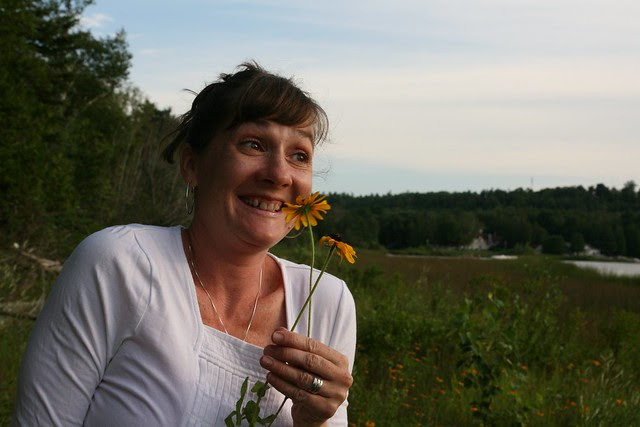 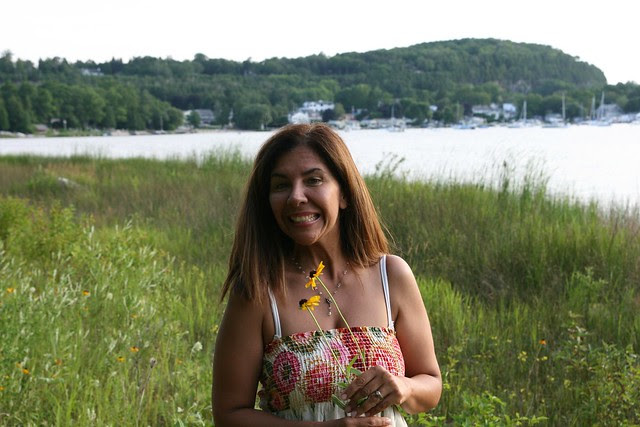 Danielle snuck out the back door.

Then we made it up the lookout tower. 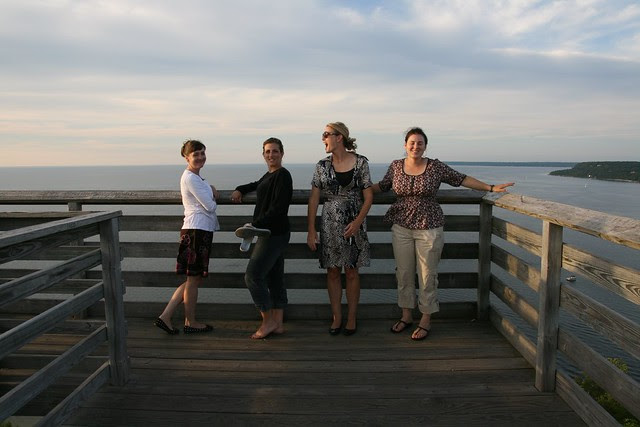 Our movie was actually at the drive-in. Since we were the first ones there this time, we got front row seats. 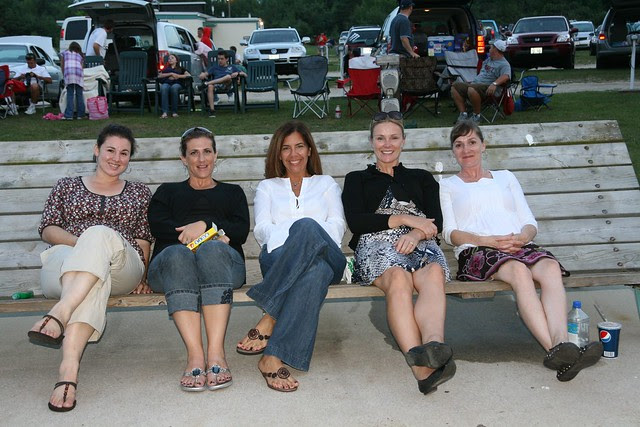 We thought we scored when actually these seats were really frickin' hard. But since we fought off hoards of 8 year olds to get them, we weren't about to give them up. Plus we were doused in DEET. Lots and lots of DEET. We actually watched a mosquito fly near Danielle and then just keel over. It was pretty amazing. 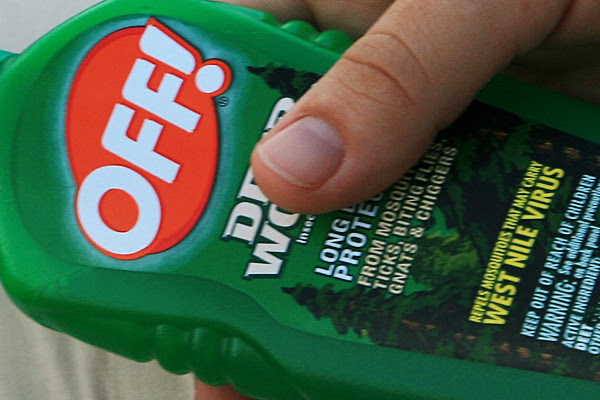 Since Door County is really sort of a family vacation spot, the drive-in almost always hosts a children's film to start with. So we got to enjoy Toy Story 3, which I might add, would scare the pants off of Oliver. Holy Smokes! Disney! You have some sick people working for you! 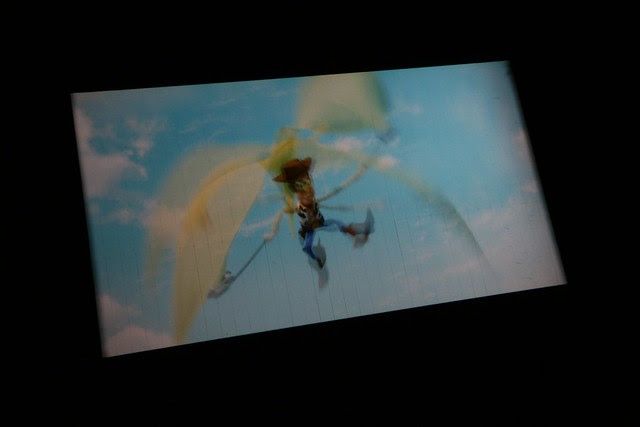 We made it home Sunday afternoon and just missed a tornado which cycled across the freeway upturning cars. I'm pretty sure we would have found humor in that, but regardless, I think we're really glad we missed it.
Labels: Door County Door County with the girls fred and fuzzy's Gibralter Grill Peninsula State Park Skyway Drive-In