A Night and Day in the Kitchen

I'm on my third load of dishes (don't feel too sorry for me. GE is doing all the grunt work.) and have produced a mass of food, enough to feed two families for two dinners, a working woman's week of lunches and a toddler's growing appetite. Just what do I mean by that? Well, my girlfriend Robin had a sweet, new, beautiful baby girl 6 days ago, Isla Faye, and so I fussed a bit in the kitchen last night and all afternoon today (which warranted a nap for me) and whooped up a few pots of soup, planned and unplanned, after which, I made a bit o' hummus and even baked a few yummy sweet treats for her and her growing family. All this was really a covert plan to hold the heavenly little bundle of joy. Take a look (at the soup... baby pix in another post!): 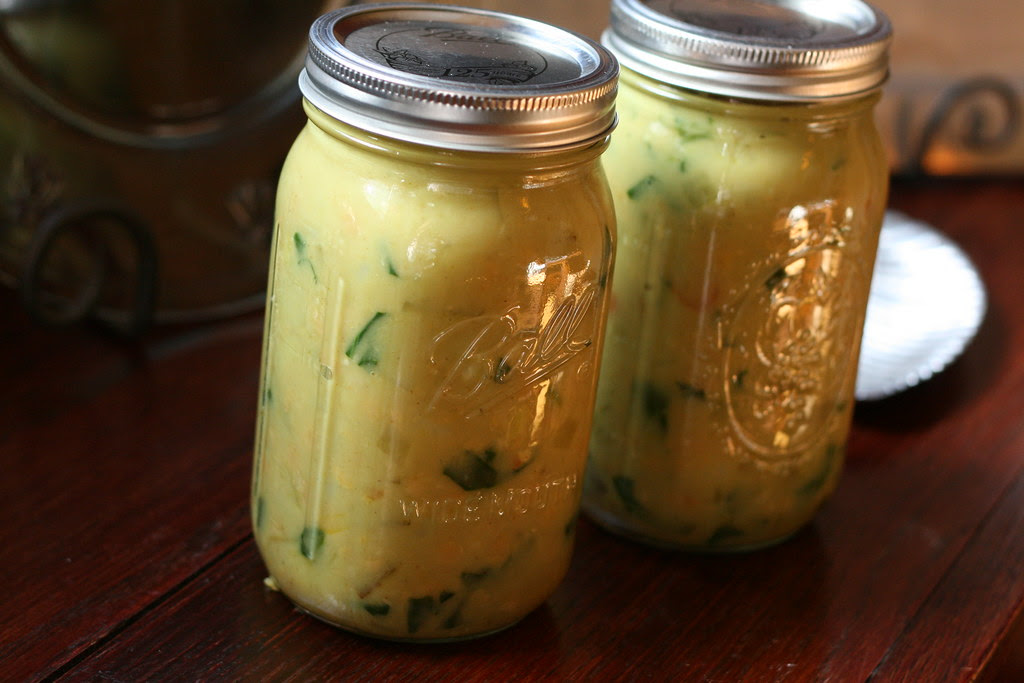 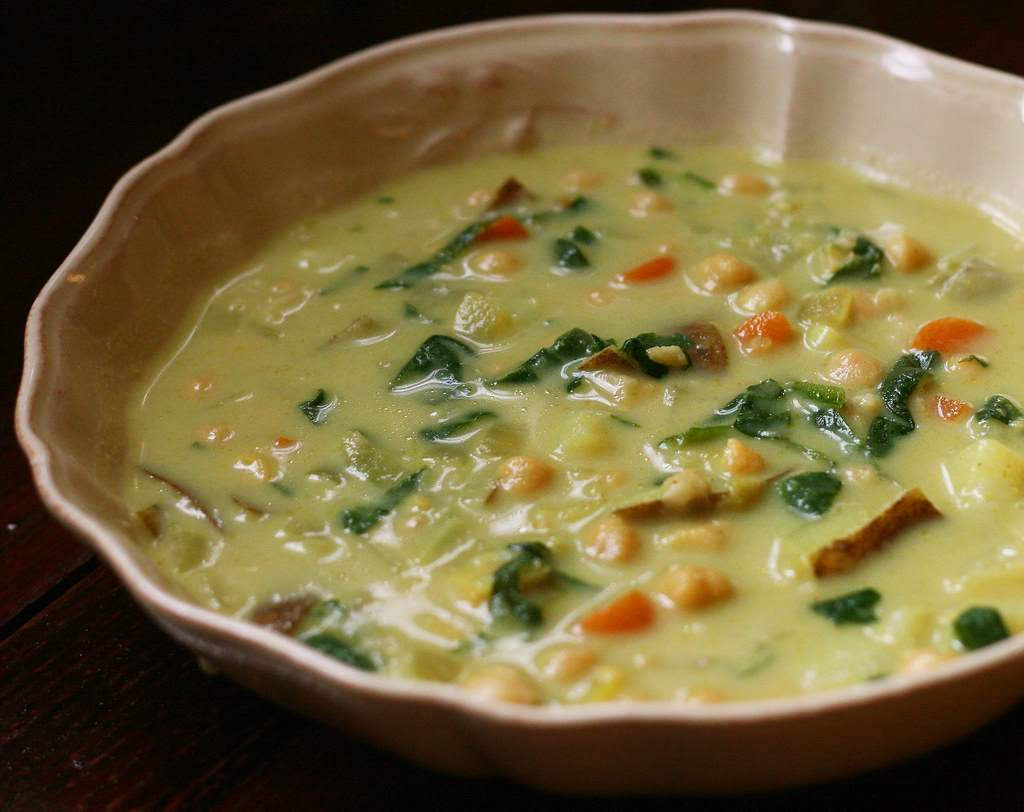 That's the Curried Potato Spinach Garbanzo Bean Stew (I added carrots!) and if you want the recipe, go here. If you are going to make that recipe, note that I cooked my chickpeas instead of using canned and that all ingredients are organic. I added extra chickpeas, but not too many. Potatoes happened to be on sale (5lb bag of organic potatoes for $1 !!! Wow!) and so unexpectedly I added a Potato Leek soup to the lot (I added carrots of course!). 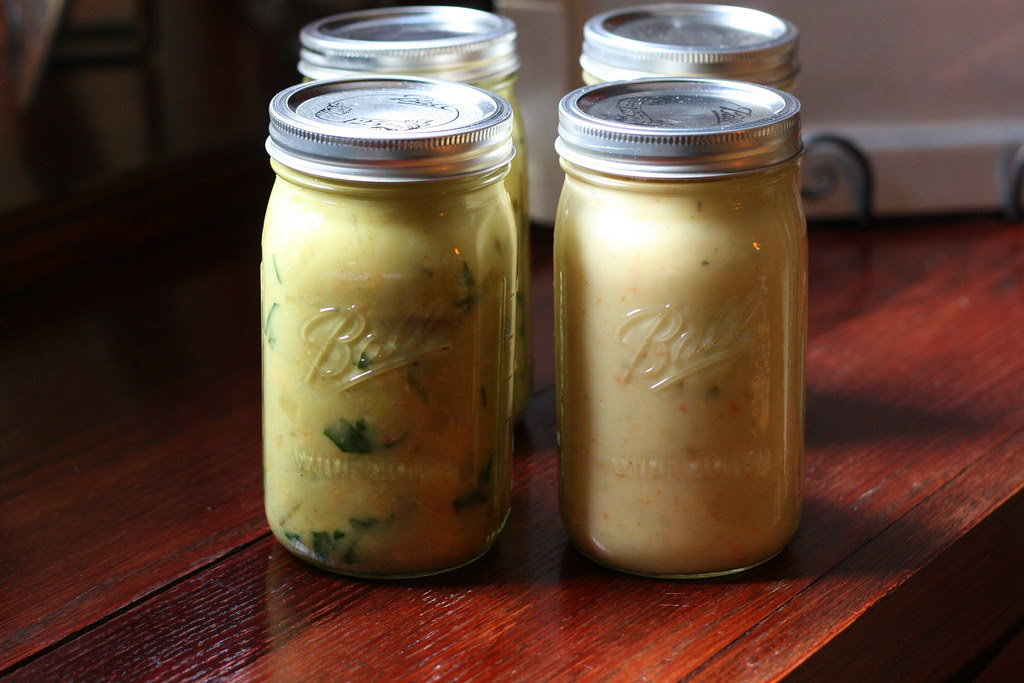 I had made so much soup that I was able to fill two 32 oz jars and have another 16 oz leftover of both pots. Now I'm set for lunch this week! So is Oliver. Matt wont touch most soups I make since he likes a meaty, non-pottage type meal in front of him most nights. Potato Leek soup recipe to follow in another post.
Next, I had so many chickpeas left over (I almost always make my chickpeas from scratch and therefor have not learned the secret to measuring dry beans accurately) that I made hummus. Oliver loves hummus, always has. (and in fact we had hummus last night for dinner at a Middle Eastern restaurant in town where... the left overs were fabulous for lunch today! Check this out.) Here's the hummus: 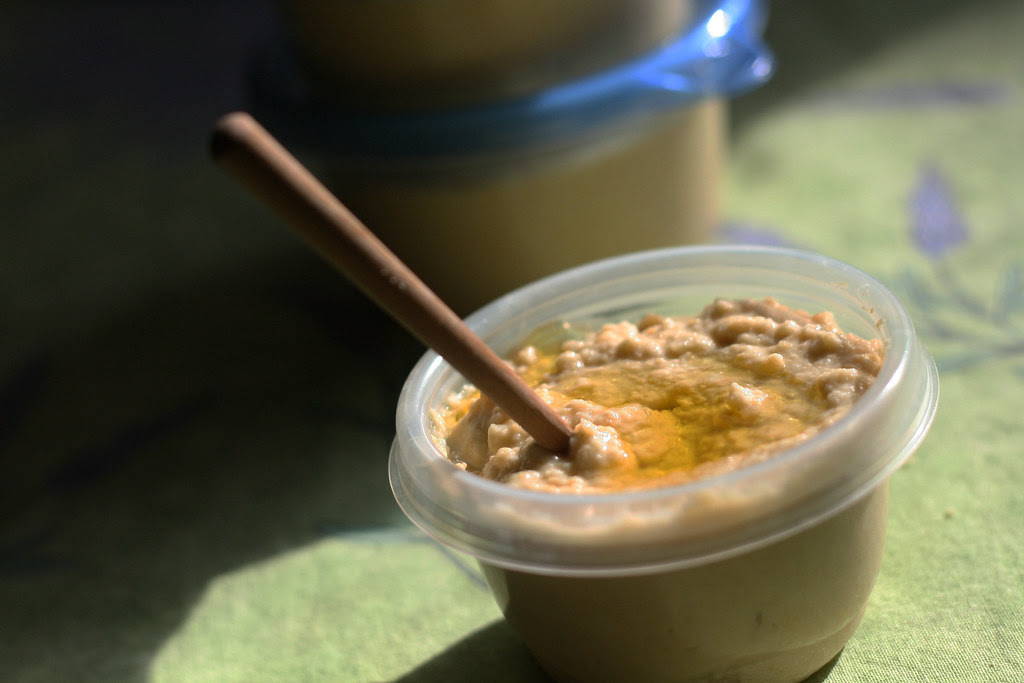 The light orange-yellow you see on top is a drizzle of olive oil.
And no meal is complete without a finish of chocolate. I made these healthy Chocolate Zucchini Muffins. YUM! Recipe to follow in another post. 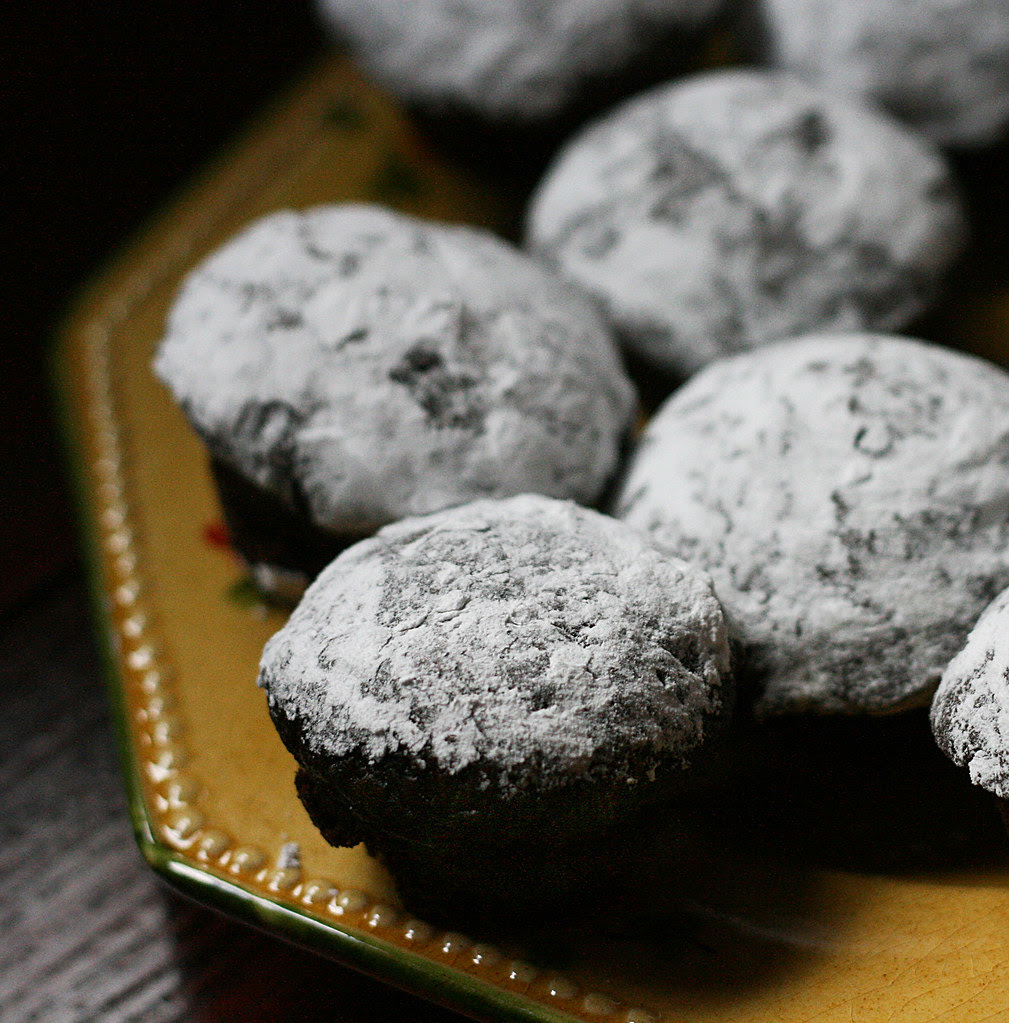 After the mini muffins came out of the oven, I let them cool and then, to keep them somewhat low in sugar, I dipped them in powdered sugar instead of dousing them in chocolate fudge frosting like they begged me to do. But I have a toddler to keep in mind and an expanding waist myself, therefor I'm hoping this will keep my boy from turning into a miniature Incredible Hulk on steroids and me from having another awful showdown with the WW scale.
Here they are a-cooling... Ooooooo don't these just look amazing? They really don't even need frosting if you ask me. 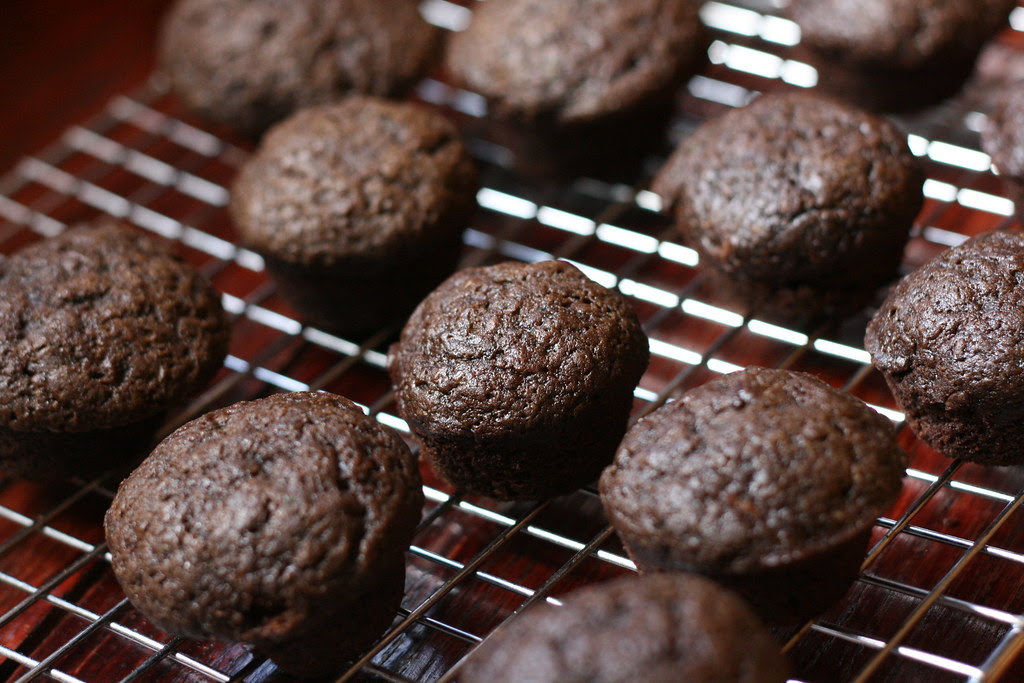 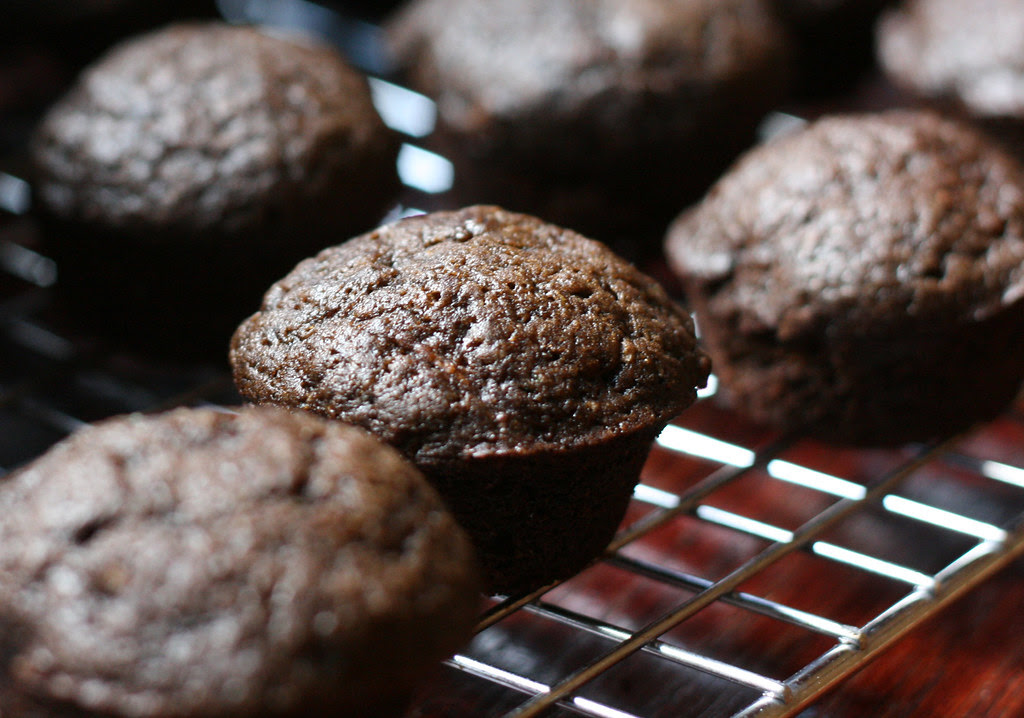 But I went ahead and dipped them in powdered sugar anyway just for looks. 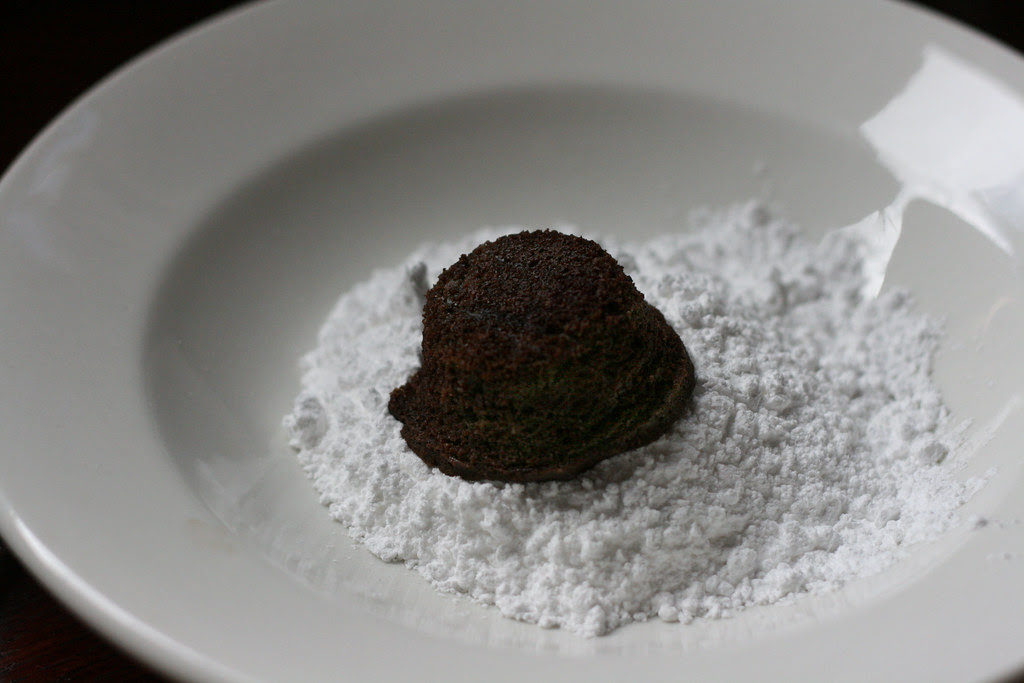 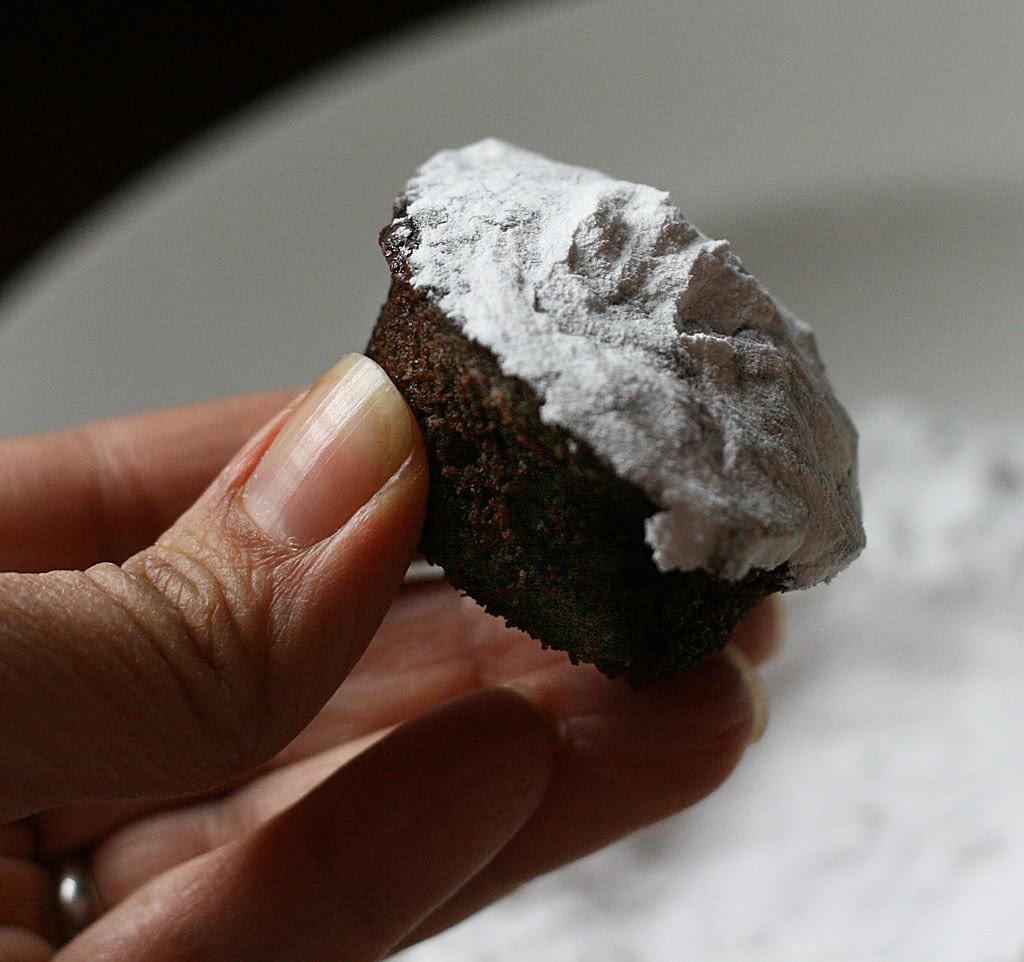 And lets just take one more look at the finished product. It's almost as good as eating it! 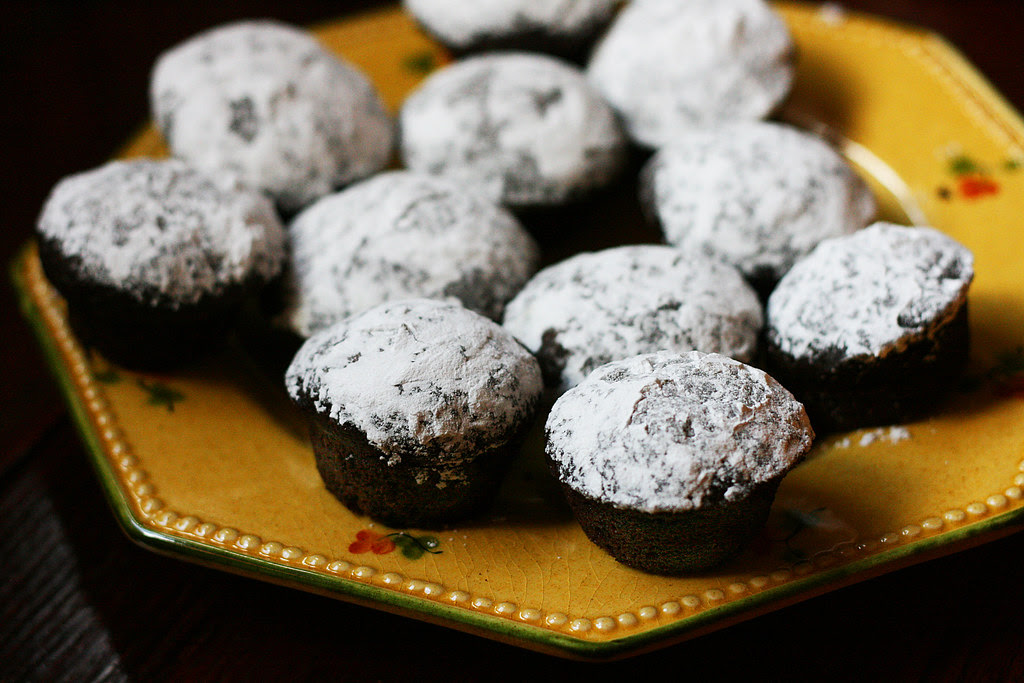 I can't wait to show you the pix of the beautiful mama and baby. They are going to be a bit blurry unfortunately... but I'm going to beg the new mama to let me sneak into her home tomorrow during sunlight hours for a re-shoot.