Christmas Past and Passed (part 1)

I can't believe tomorrow is going to be the first day of work in 2010 and I'll have to work a full 5 days! I'm not sure I'll be able to make it thru the week! We've had so much time together as a family and that included visiting friends and family.

But here's a brief overview of the season... and to start with here's a pic from Christmas 2008: 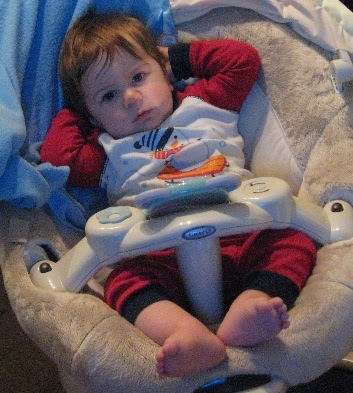 We should have seen a couch potato in the making evolving here...... 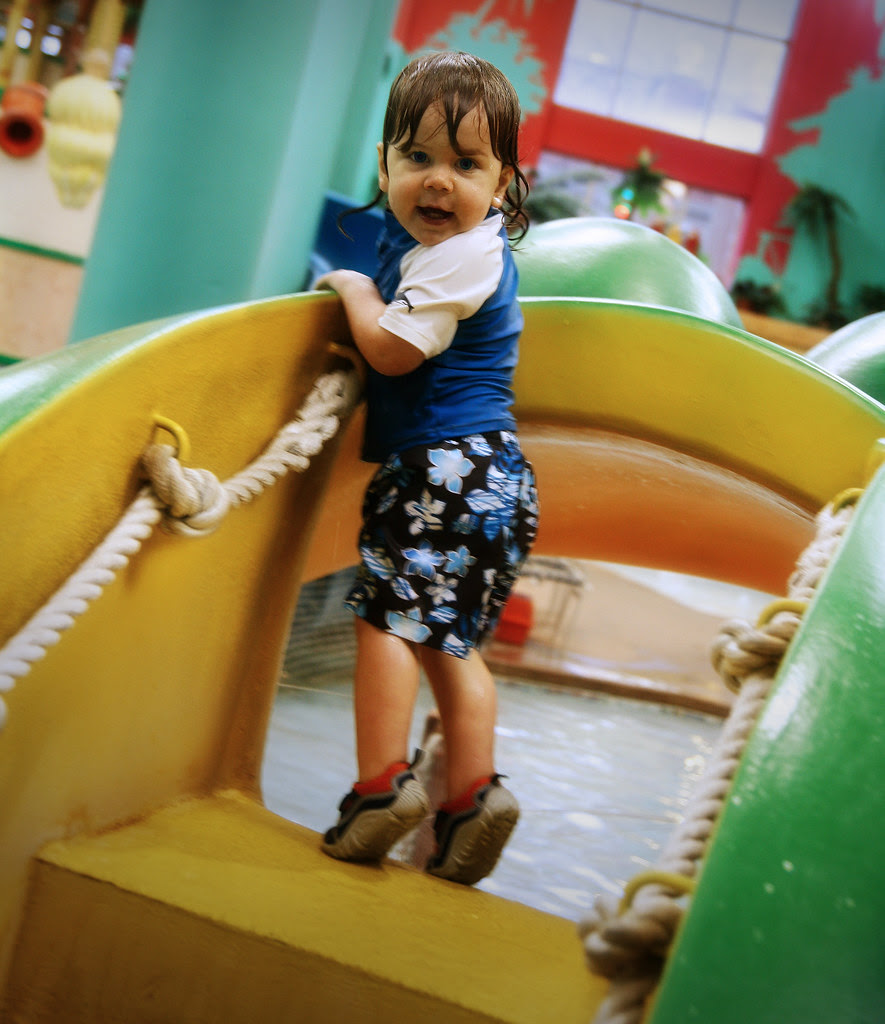 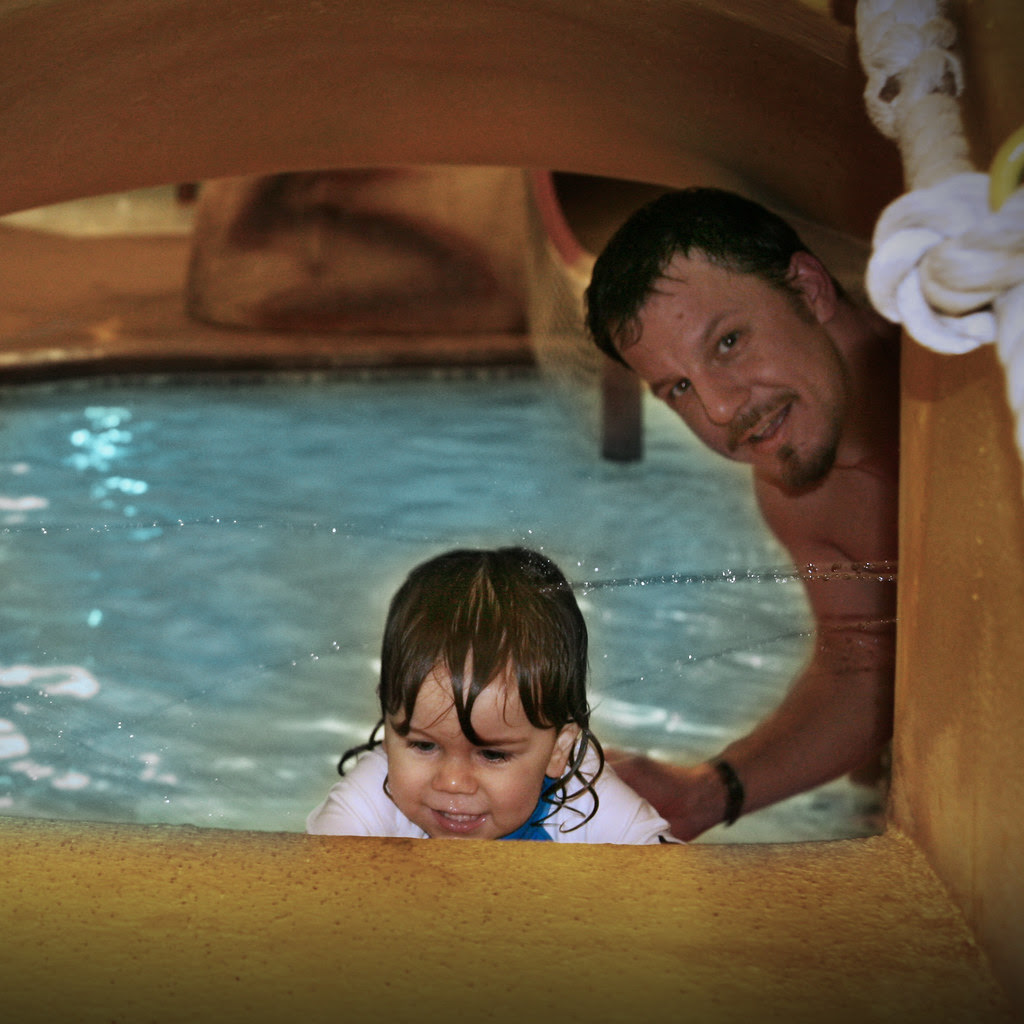 We spent Christmas Eve Day and Christmas Day at a water park. Luckily, you are not going to see the full photo of me below. I forgot my flip flops on Christmas Day and came out of the locker room with my boots on. As a joke we took photos! My nephew and I are modeling. Unfortunately, I did not have time to retouch the photos. I wont point out my flaws. You can find them all on your own if you want. It's not hard! Most of us were there this year. One sister (Teri) was not with us but my brother Jim, his wife Crystal and two sons James and Drew came up from St. Louis. My sister Marian rented a couple rooms at the Hilton which included passes for all of us at their water park. Her daughter and kids were there, and her son and his kids came later.

Here's my bro and Oliver. Eventually I will remove the evil red eyes from my angel. 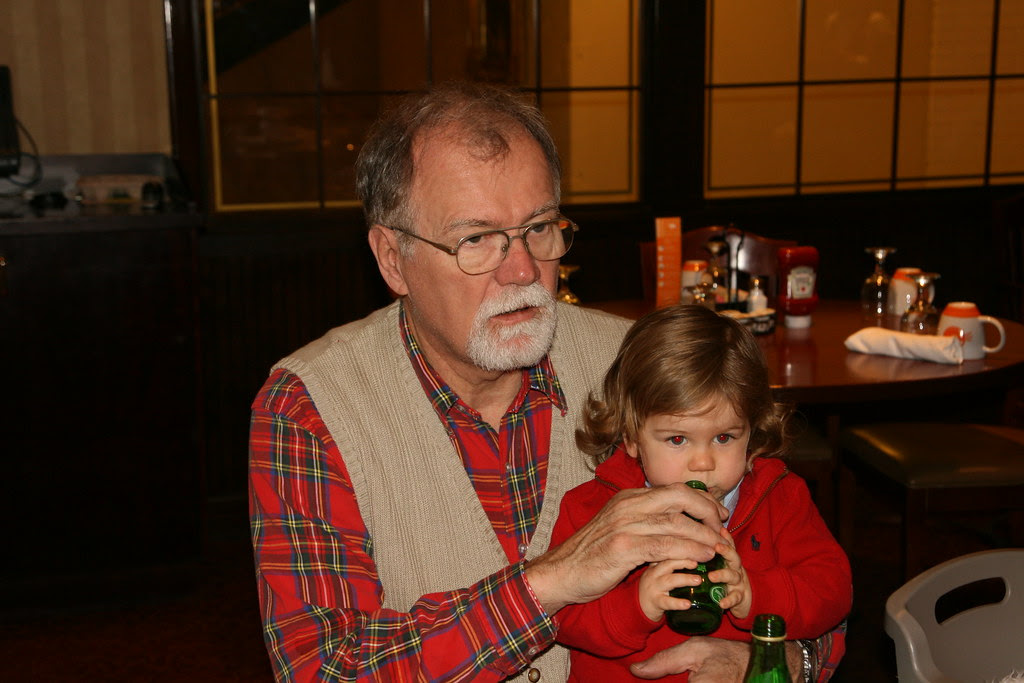 His wife Crystal and my nephew James (he's a life guard, can you tell? Not on official duty this Christmas tho!) 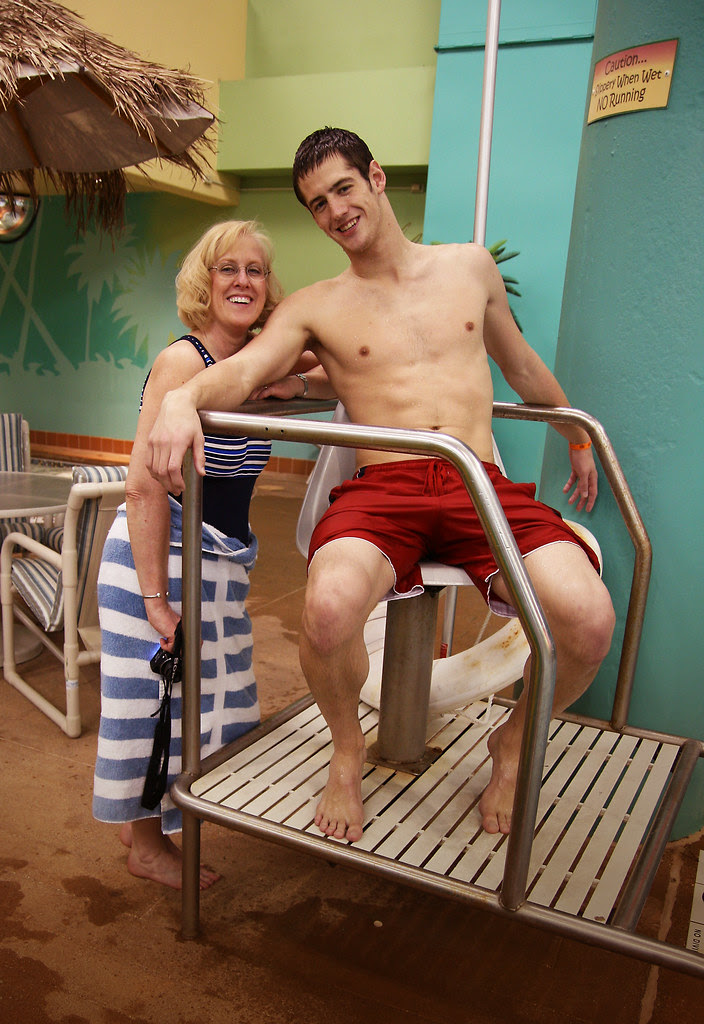 Nephews and a niece: Drew, Oliver, James, Emalee and Correy. 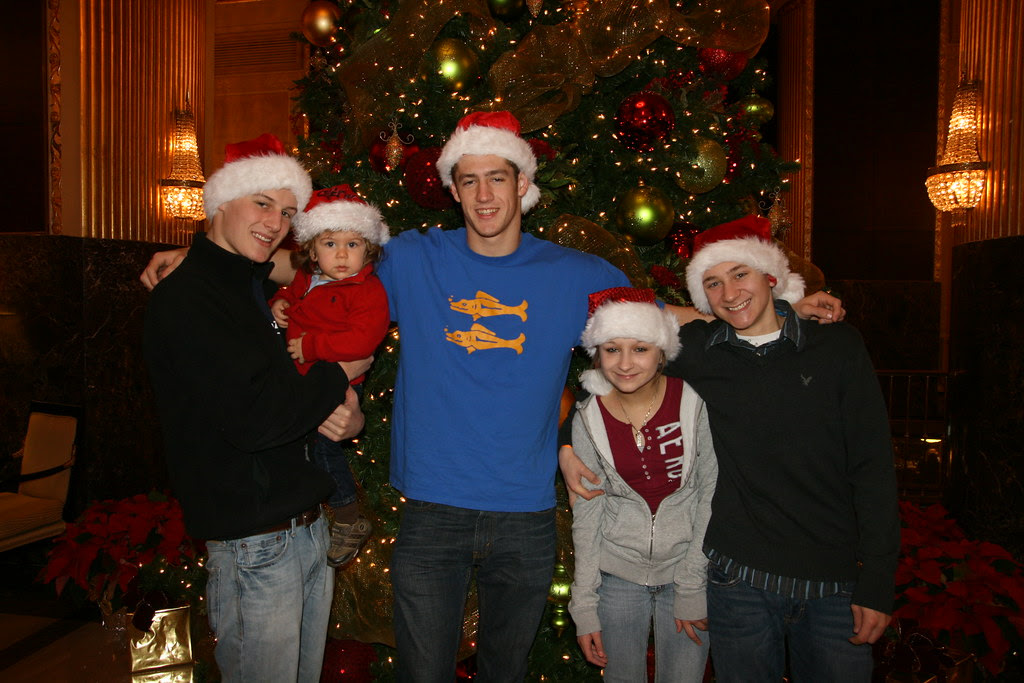 And Oliver really took to James... as you can see here: 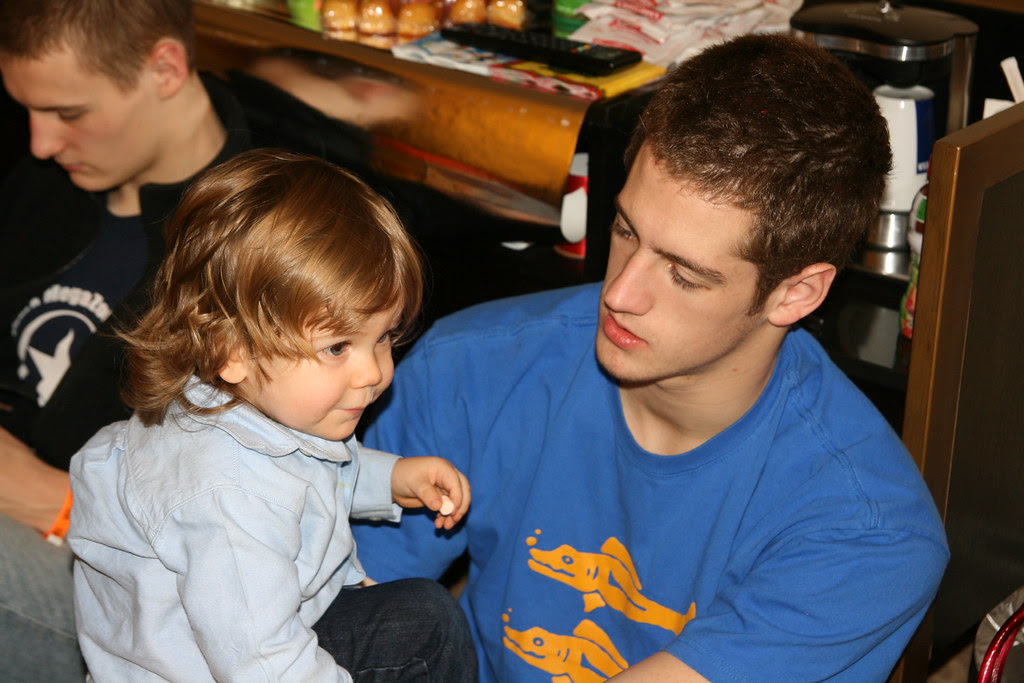 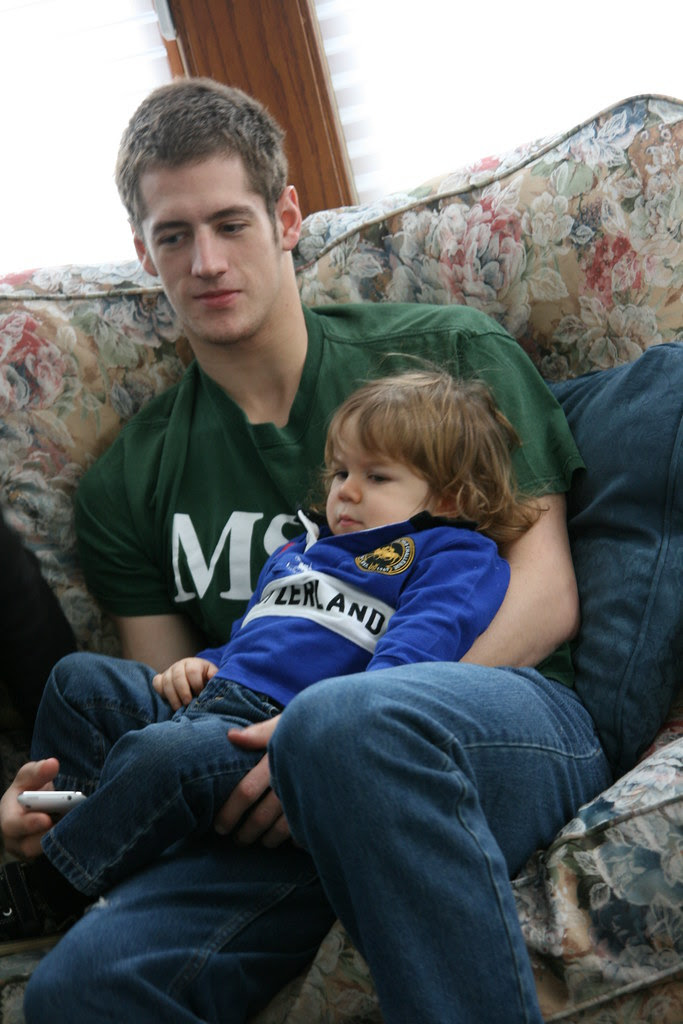 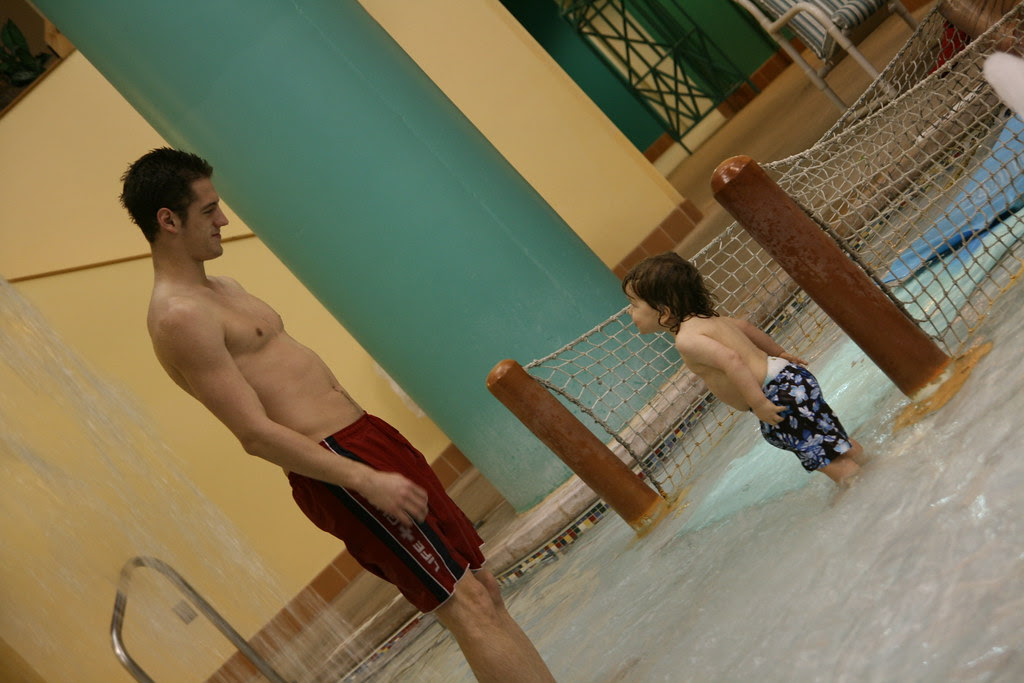 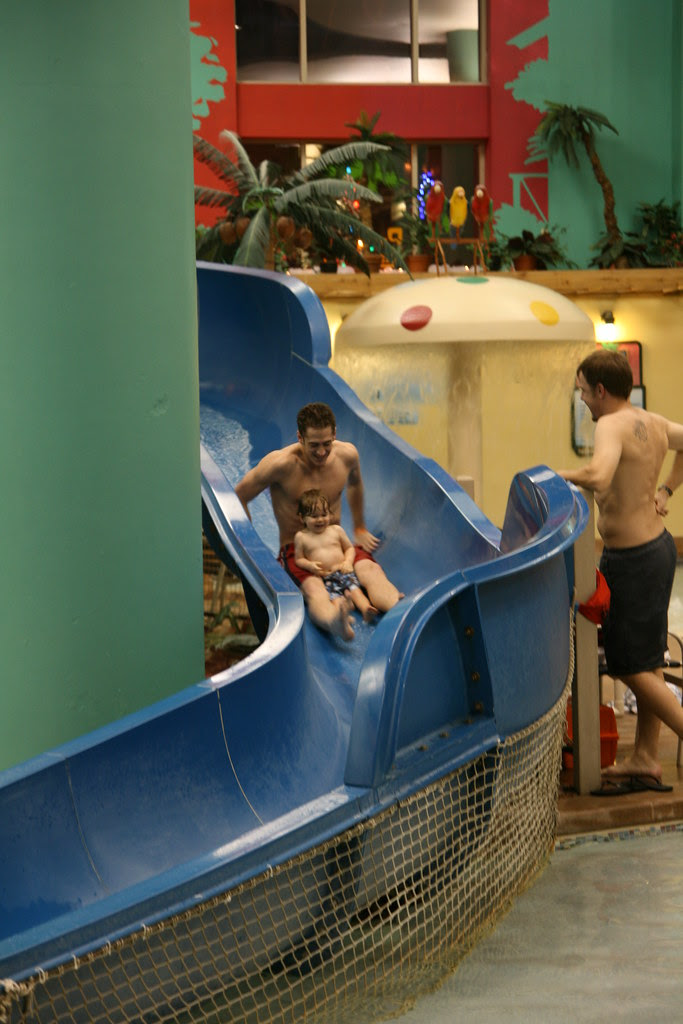 Overall it was a great Christmas. Oliver made out like a bandit. We bought him only one present. But he was showered with gifts. My sister and her husband got him a new trike which he promptly tried out in the halls of the Hilton. My brother-in-law tried to get him to say "redrum" as he rode it down the hallway, but Oliver refused. If you haven't seen The Shining, you wont get that little joke. 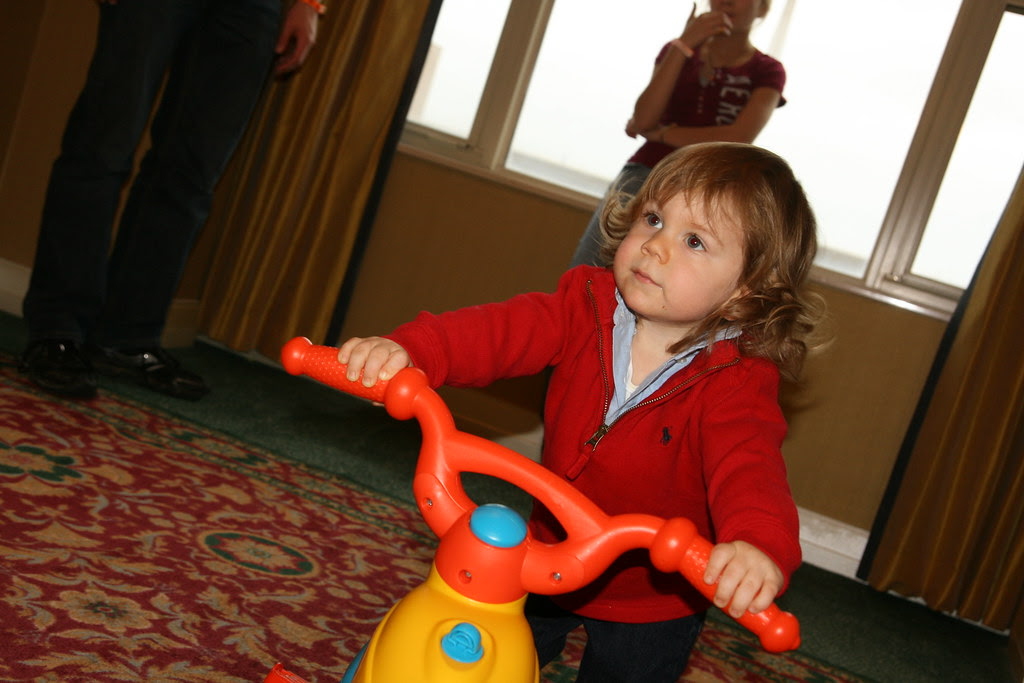 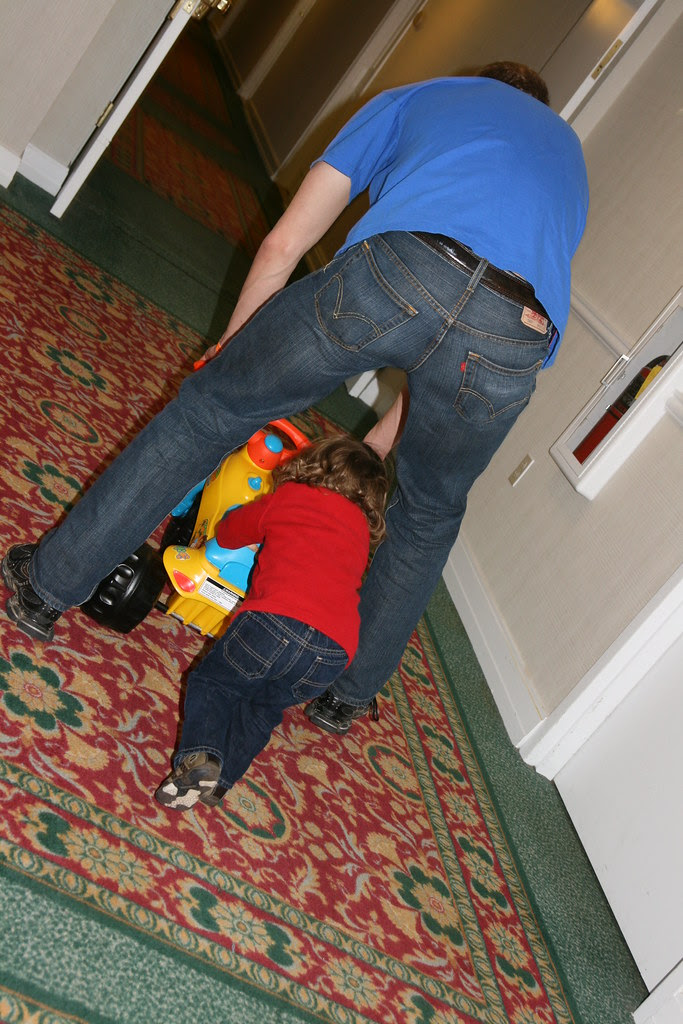 Christmas morning was just the three of us. Here's his Santa hat Dottie (my dad's 87-year old sweetheart) custom made for him with his name on it: 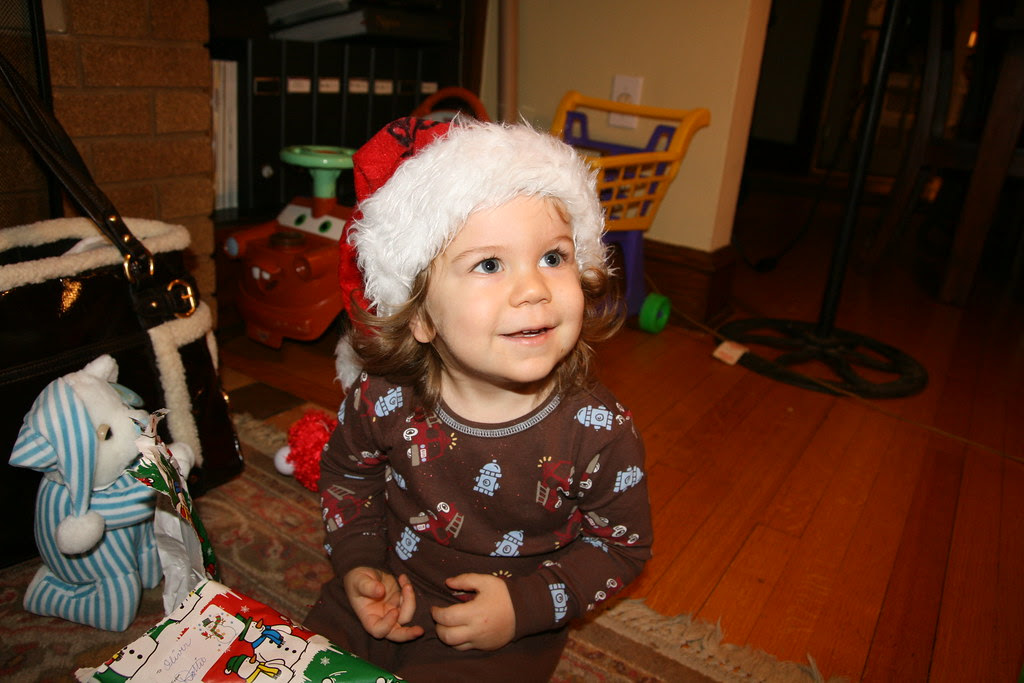 Oddly enough, this wonderful gift now seems to be missing. It was a cute reindeer singing "Jesus Loves Me" which Oliver played over and over. 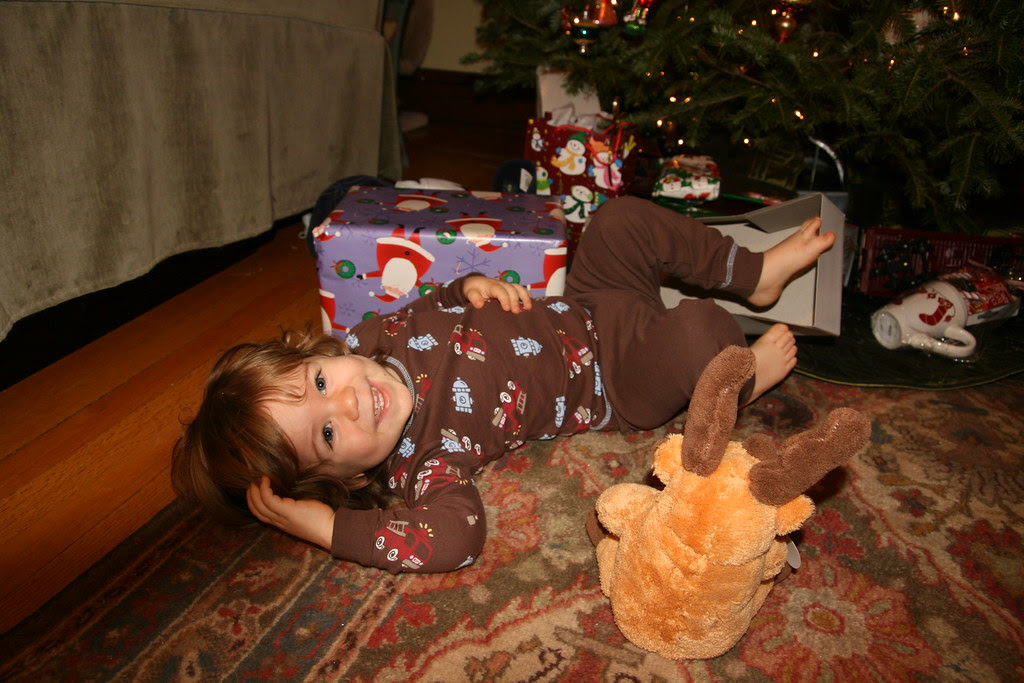 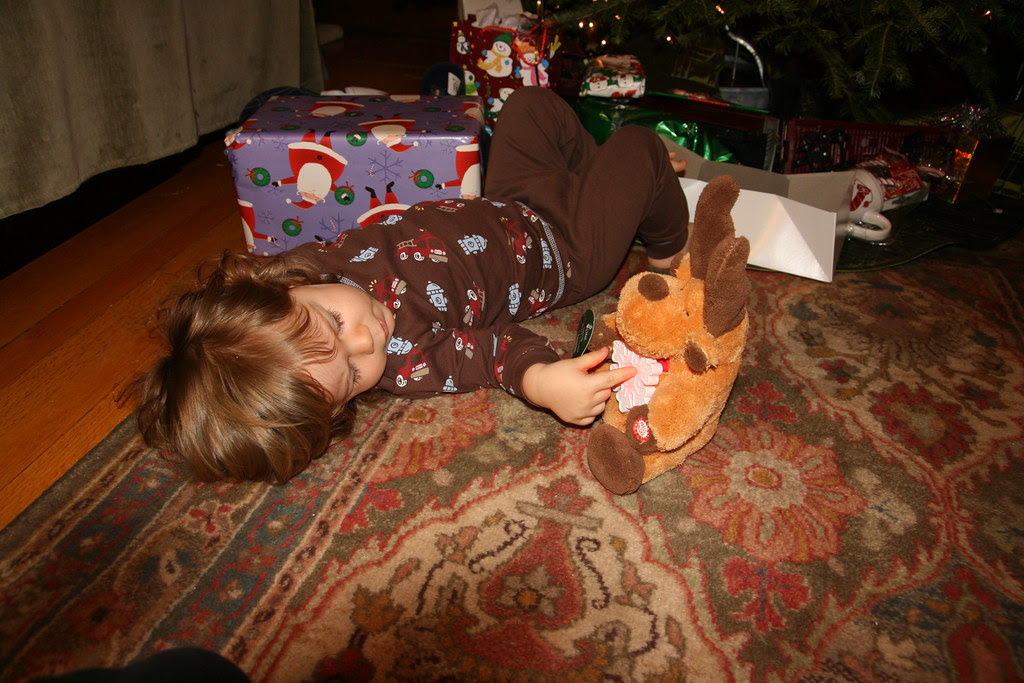 Until he opened the cute little Elmo.

But still, the "energizer" reindeer prevailed. 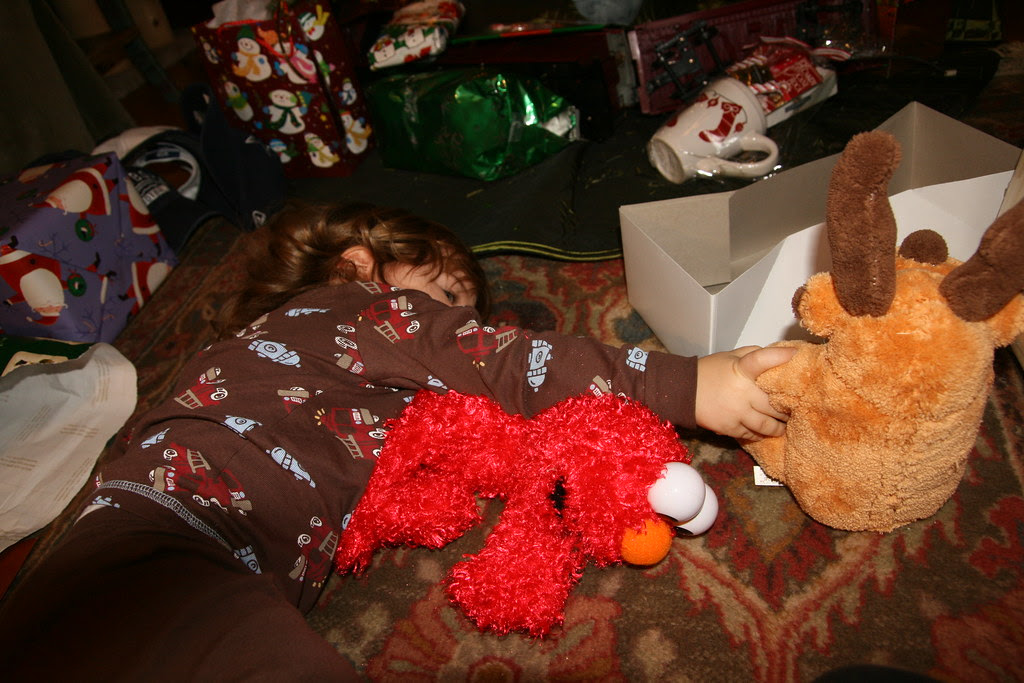 So thanks for hanging in there with me today. I'll bring you up to date on a few other details soon!