Sunday we trailed to Noeffke Tree Farm where we've been going for years to get our tree with the exception of a couple years when Matt worked at Restoration Hardware and brought home a nice, free, fake one for us to use a few times. I'm not sure why we didn't cut one down instead back then, but my guess is that we were too broke. I think Matt made under $10 an hour there, and I was back in college (this was a mere 6 years ago, and yes, I'm in my 40's so let me save you the time and math and tell you right now that I was sitting in 101 classes with children— children—not even of legal drinking age while I was in my 30's.)
Anyway, we cut one down last year, and I'll see if I can't find a pic or two of that day. (Update: they are in the vault and I'll have to hook up a bunch of cords to find them, but I promise, I will. No really. I will.) I think Oliver is actually wearing the exact same winter coat this year that he wore back then, only this year he has a more masculine hat on, altho my sister would beg to differ.

Our son loves puddles (that has got to be a boy thing)  and so I took the opp to try out my new lens at hand while he kindly obliged. 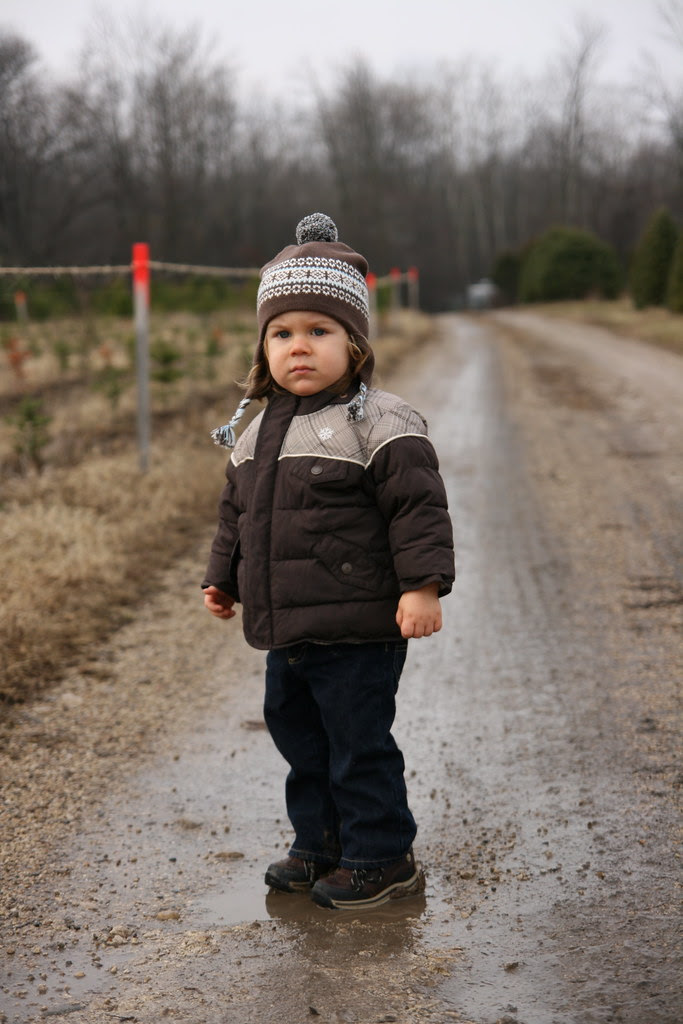 And then along came an airplane but at least this time he didn't go running because I'm pretty sure that puddle has magnetic qualities that have a strong hold on his boy parts. 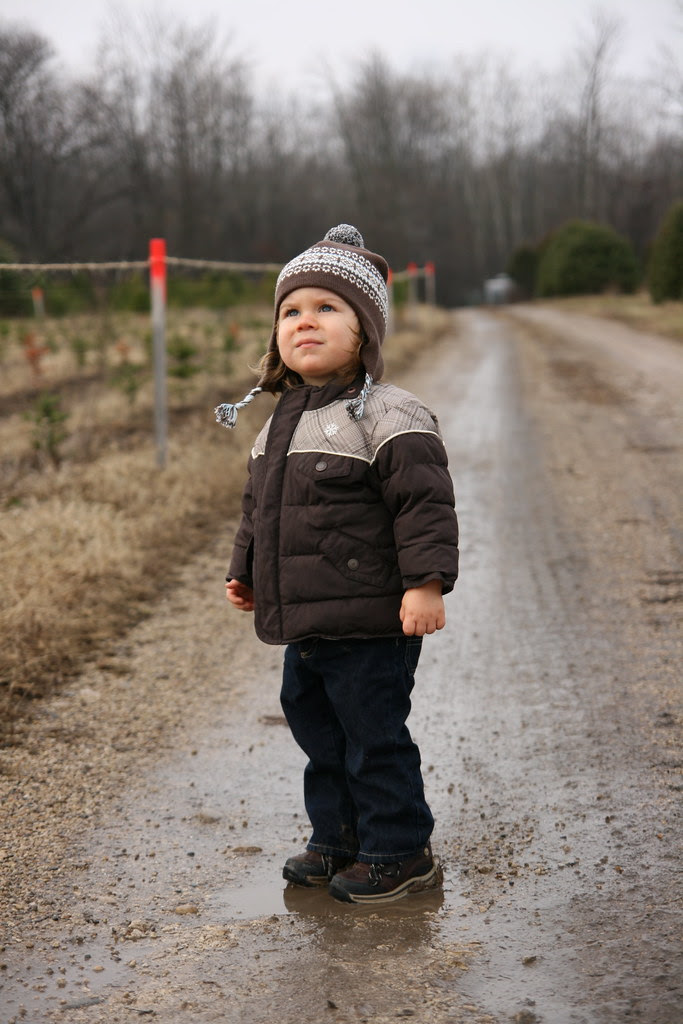 He's half asleep in these pix as he usually peters out at about 11:00 am or so. He goes down willingly for a nap right after lunch, but his eyes glaze over well before that time as you can sort of see here.

But he had a dilly of a time and Matt says Oliver may look like him, but personality-wise, he's all me, which I have to say, I'm very happy about. Because I happen to think I'm funny and Lord knows that a few more fortunate folks than me get paid a hefty penny or two for acting the way I do. Look at Jim Carrey for instance! (Yes, I did just compare myself to Jim Carrey, didn't I?) Anyway, Oliver is goofy as all heck. He's silly. Enjoyable. Fun. And impatient. (But I'm not going to admit that he got that from me.) You can see his impishness in this pic below. Sometime I'll do a post on all his goofy faces that crack us up. 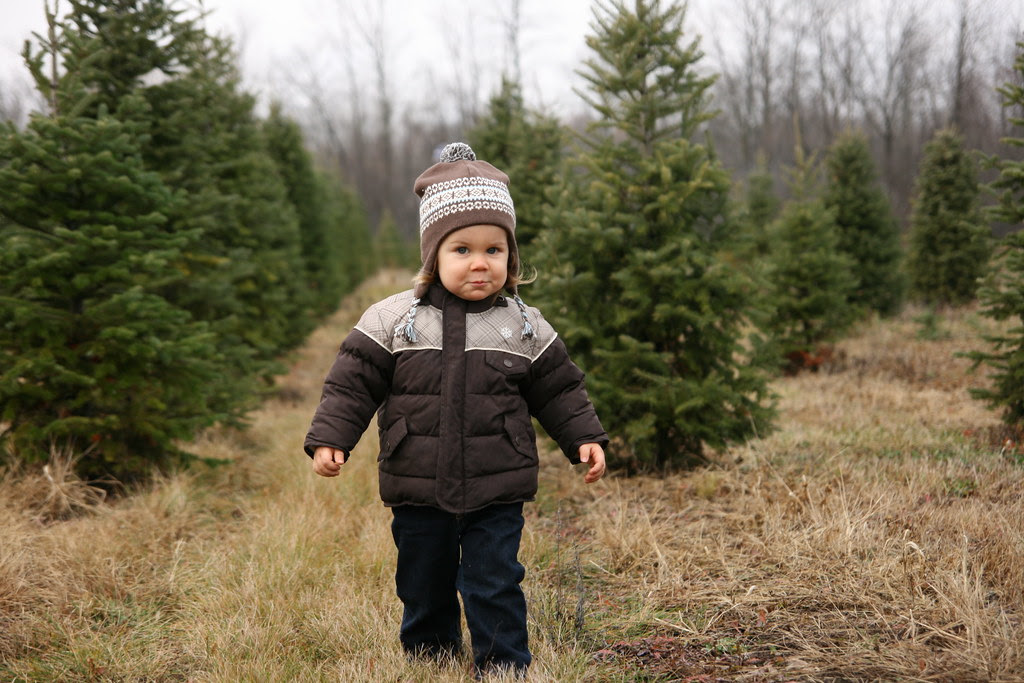 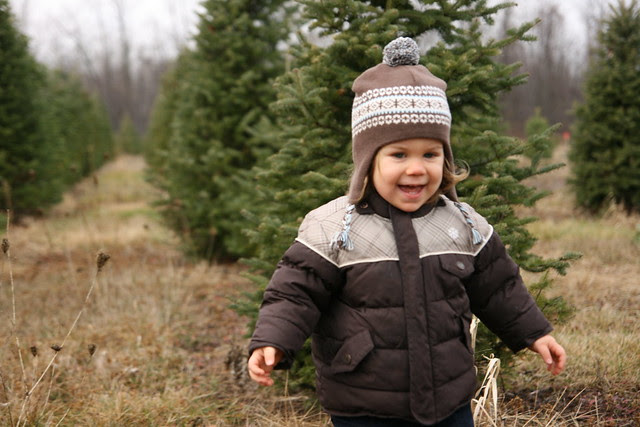 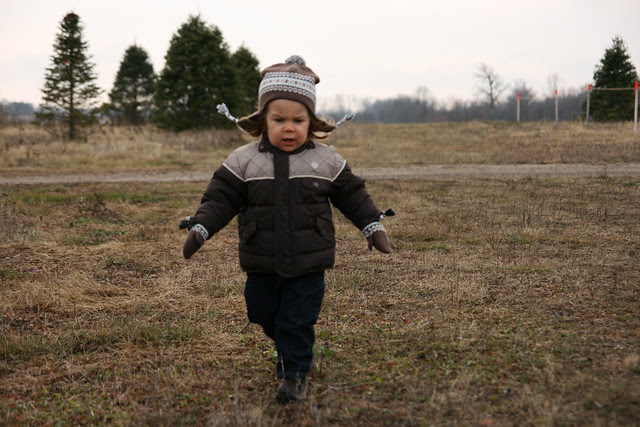 And you can see from the pix that there was not much snow on the ground at all. None in fact. Just a lot of mud. Which Oliver found quite interesting, along with collecting stones (later to be found in washer). 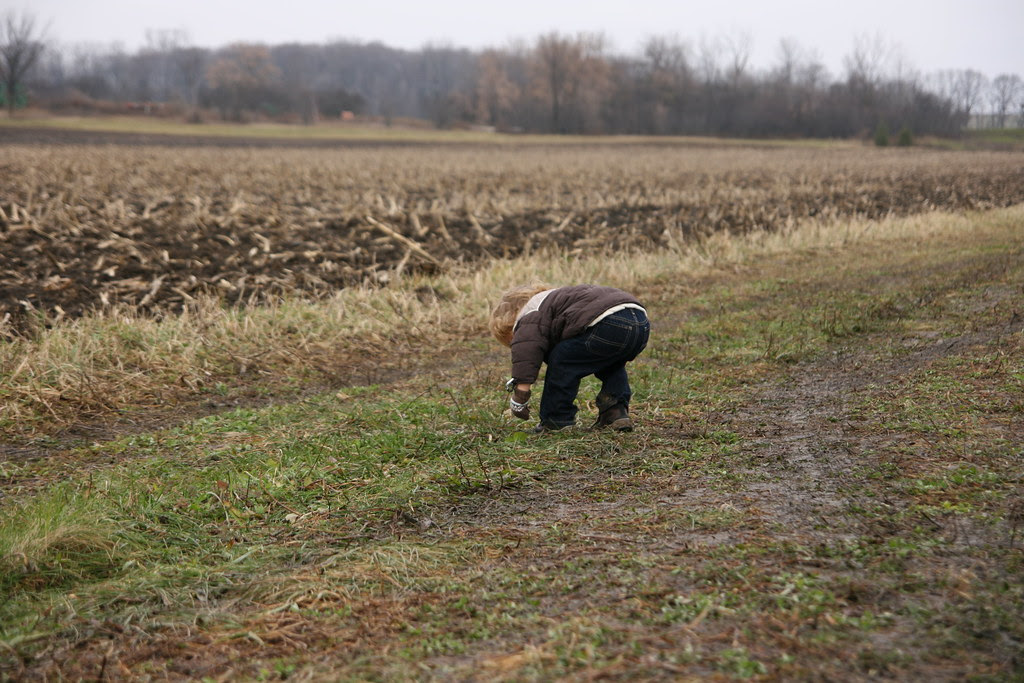 As evidenced in the shoes and jeans here: 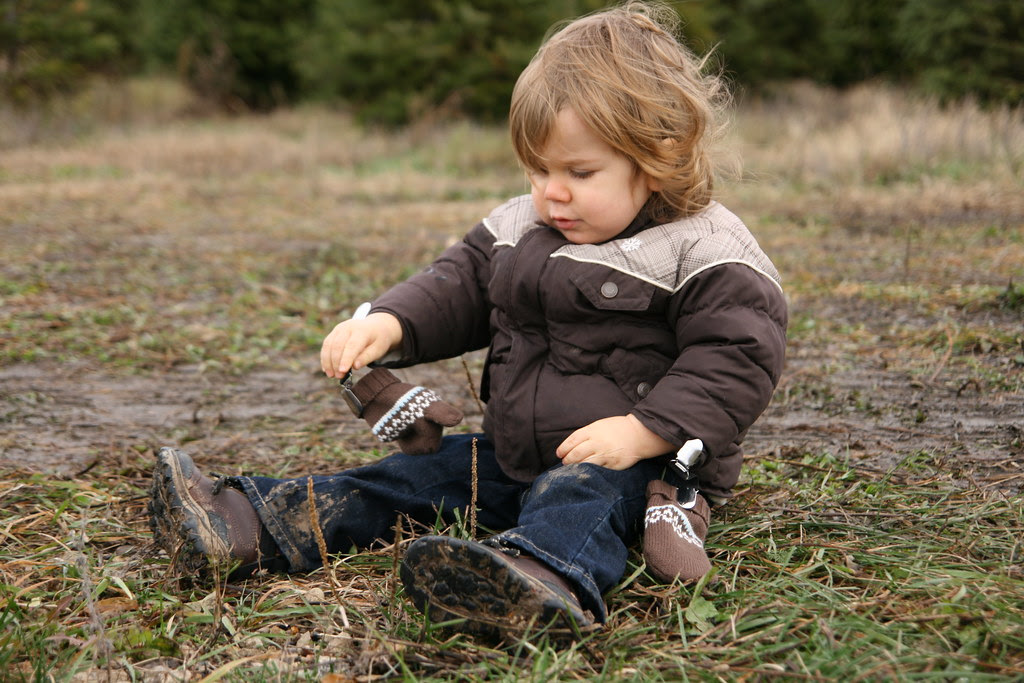 So here's the beautiful tree: (no, not that big one. the rinky-dink one behind it) 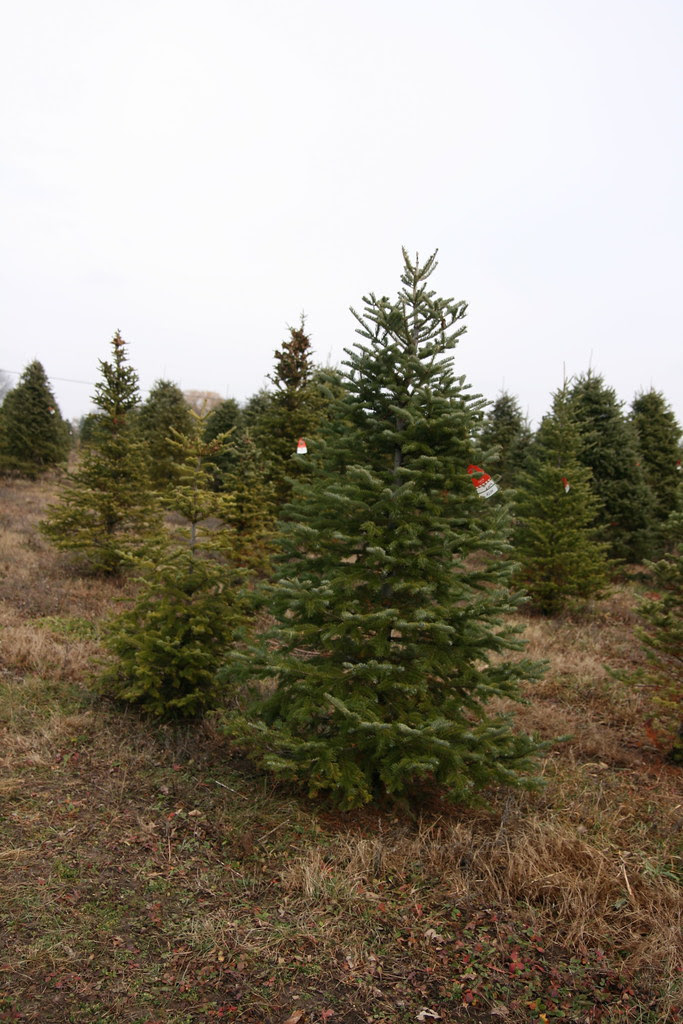 Ok, just kidding. It's the tree in the front. But it looks so small compared to the much older wiser trees on the lot so I had to photograph it next to it's younger sister. 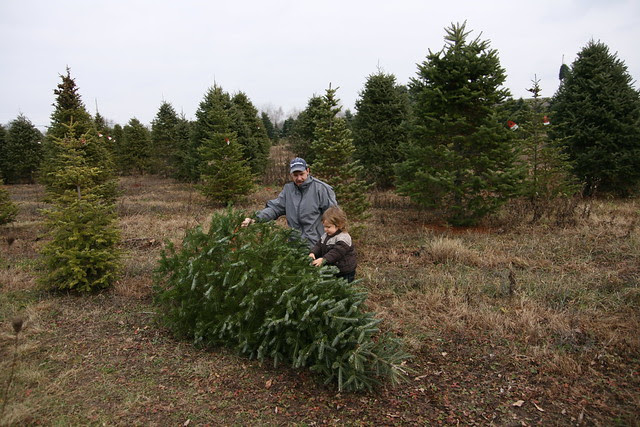 At home it thinks well of itself and boasts its tallness. (It's within 1 inch of our ceiling. And we didn't even measure!) Not bad. Like I said, we've been doing this for years. Currently, it stands there sans les décorations, but as soon as we I decorate it, I'll post more pix.

Oliver could not believe Daddy brought a tree in the house. But he lost interest in it almost immediately since he recently learned the magic word to boss the cats around. More about that later. For now, know that all is well here in our fine home with one son, three cats and un arbre sans les ornements.
Labels: Christmas Christmas Tree Holidays Oliver pix