I have the coolest friends. Here is just a sampling of the one's I've had the pleasure to converse with in the past two days. 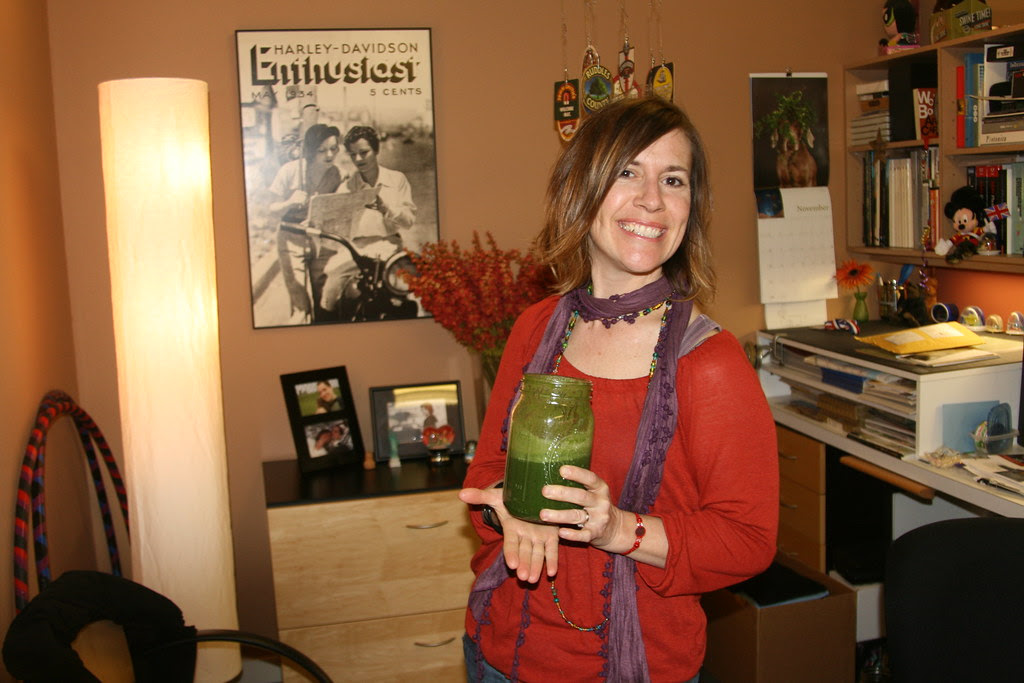 This is Jackie, also known to me as Jaquette (because I like all things French so she kindly changed the spelling of her name so I would like her even better*... which is practically impossible because I like her just about as much as any one friend can like another!) She's top notch in my book. And we hit it from the moment we met. When I finally met her hubby he groaned (with love) and said in his adorable British accent, "Oh no. There are two of you." We squealed in satisfaction and delight. When I told my hubby that her hubby had said that, my hubby instantly liked hers, site unseen. He could totally sympathize relate. I call her mon petite vegetabahl because she just became a vegetarian and she's petite! (And because I like all things French remember.) And she bought a Vitamix (she made me write that in a swapage for her mug shot) and she shared her yummy delish smoothie with me the day I took this. I shall post the recipe at the end of this post. Upon my first encounter with the green potion, I shared with her that I felt like I was like eating bananas on the front stoop whilst Matt mowed the lawn. We squealed in satisfaction and delight.

Scroll down for her smoothie pix and recipe. Next on the list is Joe the drummer. This guy plays for the Milwaukee Symphony Orchestra and in my humble opinion, is the only percussionist to have rhythm, not just in his bones, but in his entire body. This guy is one of the coolest coolest cats I know! He's played and trained with the best. His Italian, east-coast accent is powerful and lusty. He says I saved his life. I called him once whilst he was having a heart attack. Yes. You read that right. He was actually having a heart attack as we spoke on the phone. I told him I would call 911 and he humbly told me "NO! I'll be just fine." He begged me not to call. I promised I would not call. I promptly hung up. And I promptly called 911. And they promptly came and swooped him out of his house and into the emergency room where the last thing he remembers is seeing a pair of breasts as a nurse bent over him. End of story. I knew right then it would take more than a heart attack to bring down Joe.

Joe's my coolest guy friend. We had a great lunch together today.

Woman who plays with fire.... 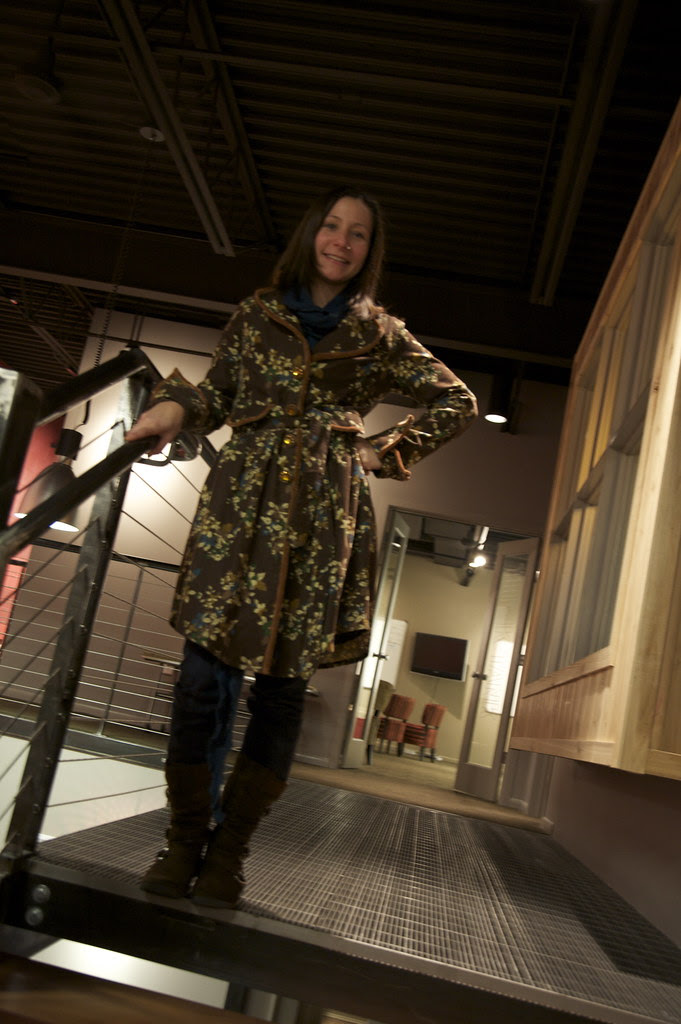 And here's my friend Beth. I can write a whole blog about Beth and her life. She's so very cool. She's the most generous person I've met in so many ways, not just with her food (which she's often shared with me) but with her kindness and acceptance. As well, she fire dances. And she's taken a couple trips to India recently. She's learned to meditate and will teach me to do so someday. She dresses so wonderfully. And she used to have a red French braid in her hair... no really. A little strip of a braid that was French. See? I knew I'd love her when I saw that. In any case, she let me take a quick snap of her today. Check out her lovely jacket. Think she paid big bucks for it, right? This looks like it stepped off a couture runway, when in fact she (or a friend of hers) spied it a Value Village for only seven dollars! S E V E N bux! Wow!

Beth is so cool.

And those are just the great friends I came into contact with in the last two days! My life is filled with wonderful people!

So here's Jaquette's smoothie. Recipe to follow (by tomorrow). 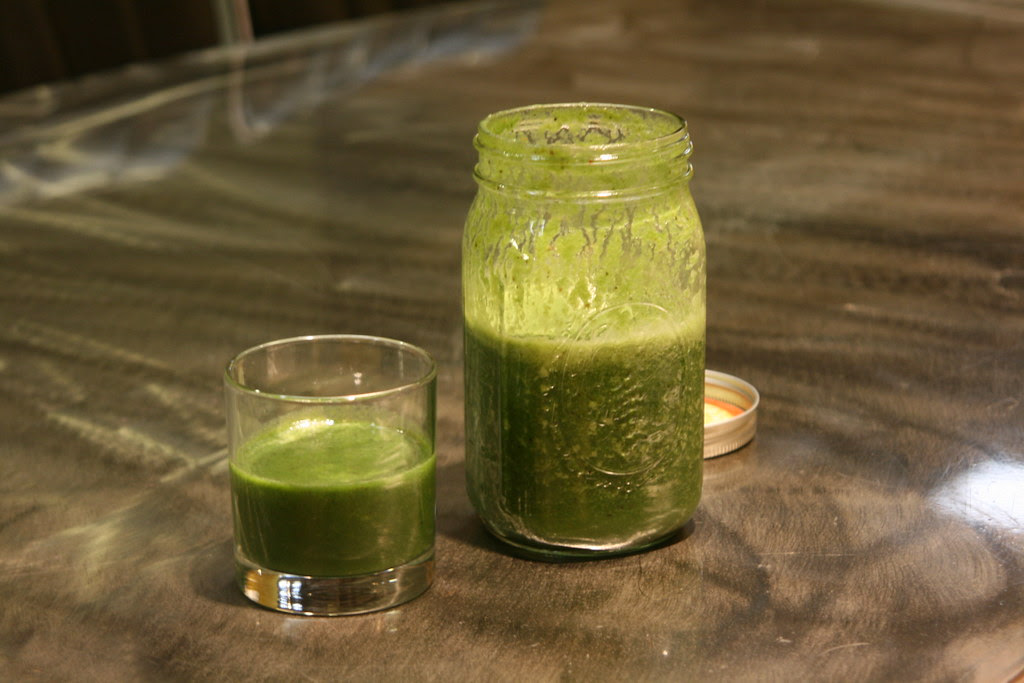 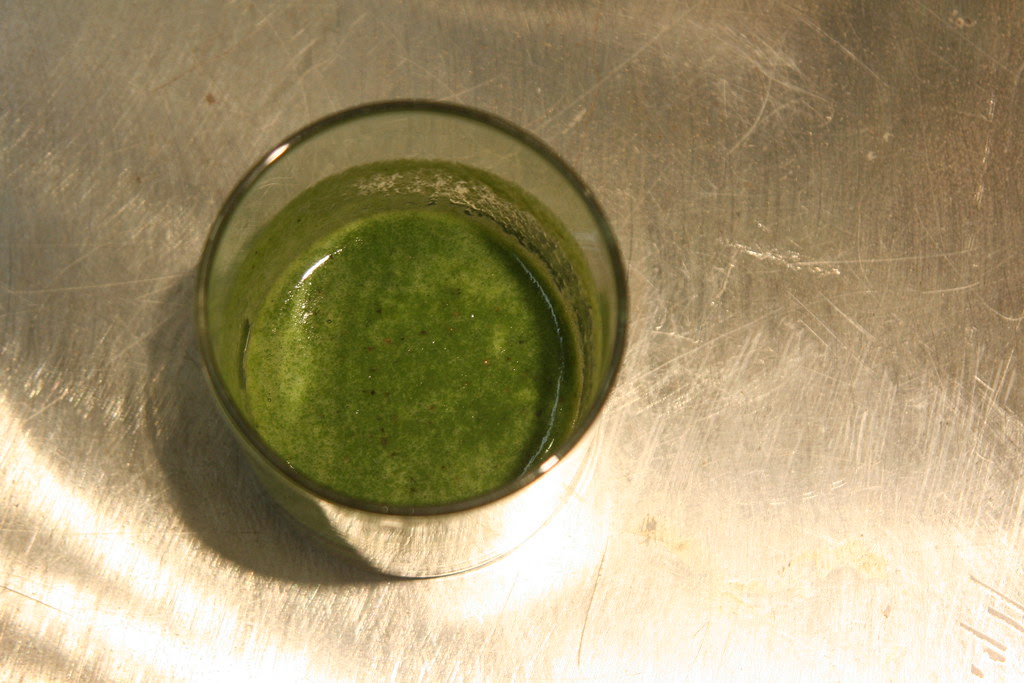 *Ok, Jaquette didn't really change her name for me, but I like to think she did. I was chatting with her when she came up with it.