Who knew? We threw a dart at a map of Wisconsin and because my aim is so bad, we landed on the upper most edge of the state: Bayfield, Wisconsin.

So here we are. In the middle of nowhere or so it seems.

Except the dart actually landed in a slice of this world that is solemnly serene and tartly crisp and pristine, an environmental oasis bathed in history, oddities., natural marvels and maritime spirits. What seem like ghost are still alive and walking among the living, strange beings that are tied to the past and have never had an Oprah or Dr. Phil moment of enlightenment.

I may try to write more (I know, I always say that don't I?) but for now, please know that we are on a mini vacation which more than makes up for the fact that we could have been in Switzerland right now had we gotten along much better earlier this summer and planned with confidence as well. Bayfield, Wisconsin. No need to travel to Europe. No need to head out west. We have so many hidden treasures in our very own state. It's so amazingly beautiful out here. 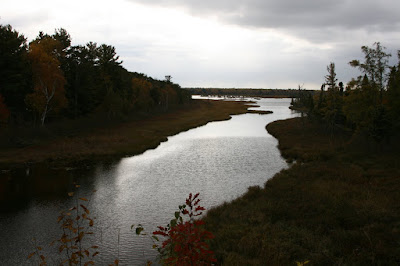 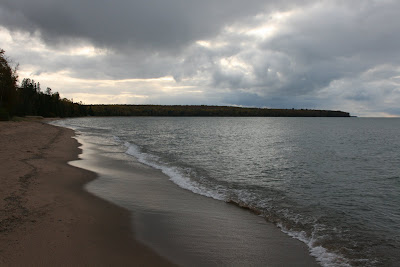 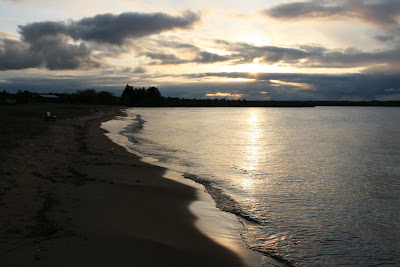 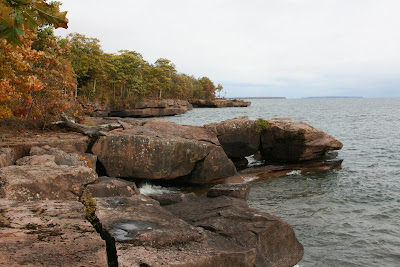 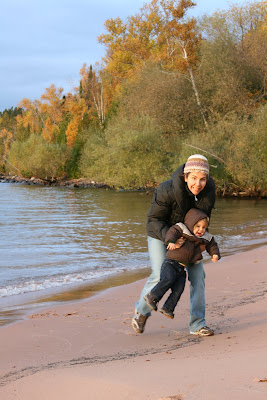 Ok, I will tell you just one story.

Tonight we headed out to Good Thyme, a wood roasted, flavorful restaurant, the kind of place we are used to dining in but a rarity in this small fishing town. The prices were right, the atmosphere upper middle class, copper tables, rustic fire place, leather modern chairs. We ordered crostini with goat cheese and carmalized onions with a side of olive tampanade. Oh the delight of the tongue. However, the little munchkin that was invited to the party wanted nothing to do with our lovely evening out. Altho he was dressed for a nice dinner out, he was tired, cranky and in the mood to bang dishes and throw toys and food at innocent diners at nearby tables. He was not havin' it. This after two blissful nights of completely being off schedule and a happy generous, patient child. We had received countless compliments the past two nights on how happy our baby was. Tonight, we had not yet received any non-compassionate looks, but we knew the time bomb was ticking and that our precious time was limited.

Next thing we knew, the apps arrived along with the owner of the restaurant who took our little rascal for a tour of the restaurant, which included a stop to each table, behind the bar, into the kitchen and along the fireplace. By the end of the evening he knew all the staff (he had even picked a few favorites) and knew a few of theregularls, intimately.

In other words, when we picked up our darling boy who had sat with the owners for our entire dinner, we paraded him amongst the crowd as customers and waiters at each table said, "Bye Oliver!" Bye Oliver! See ya later Oliver! He waved good bye and blew kisses to each one of them. As tired as he was!

What a town! We love it here!