We had a great weekend. We filled a house with 11 grown ups, two tweens and one 16 month old. It worked, kind of sort of. In any case, we had fun while we hiked, biked, boated, swam and ate. We roasted marsh mellows by the camp fire, were not fretted by the ghost who kept turning on the lights and opening the doors, did not scare away the bats roosting beneath the gutters, and found a way to make diet rootbeer, no sugar added, floats to taste pretty darn good. Oh, and the husbands (there were 3 of them) actually cooked and cleaned up. Amazing!

Here's my favorite pic from the weekend. Or click here to see my Oliver in his full glory, crisp and self-assured! 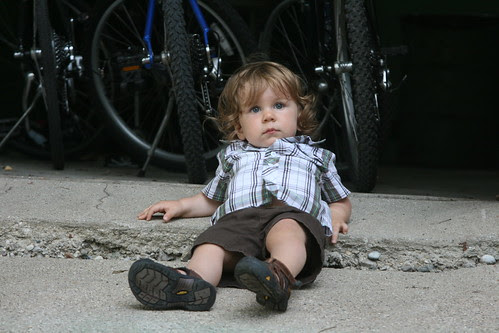 For now, suffice to say Oliver (in his Tony Hawk wear) was resting after our initial bike ride. By the looks of it you'd think he'd pumped and grinded on those bike pedals and gave it his all (notice the sweat pouring down the sides of his face?) If only you could have seen the way he downed my water bottle after that second huge hill we accomplished.

I'm a novice, I admit. Only by way of example did I surrender to a bike helmet and when looking at the photo below, notice that not only is the thing sliding off my head, but it's backwards too. And here I thought all the oogling and pointing from the passerbys was because my son looked so cute in his seat. 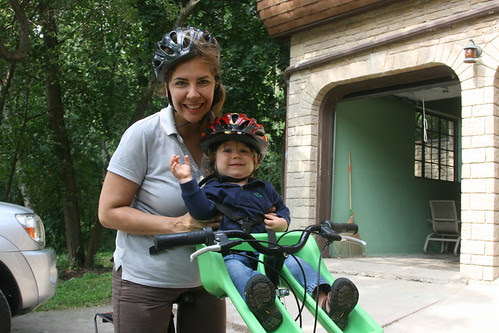 I'll post a few more pix from the weekend, but truthfully, I'm was a little resistant to take the camera along with me on day trips lest I find another way to short out the electronics in it.

Sitting on the pier: 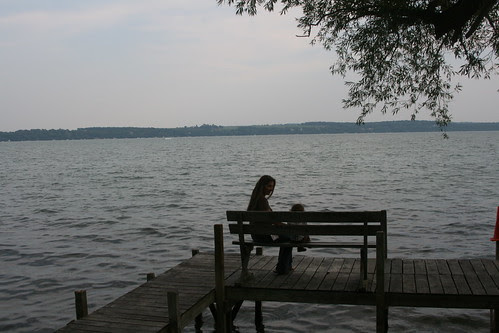 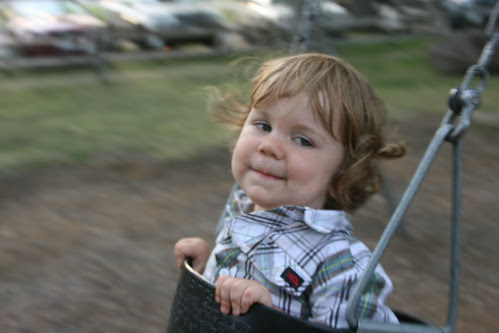 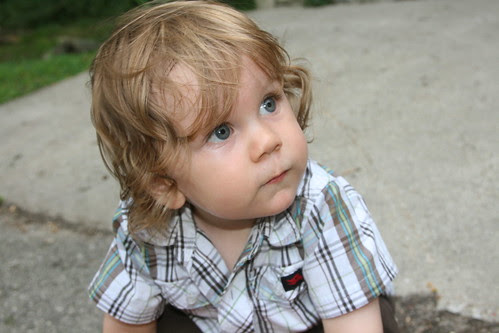 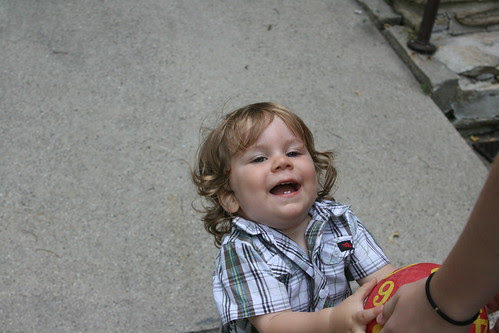 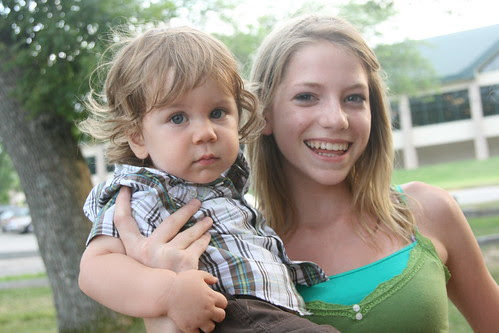 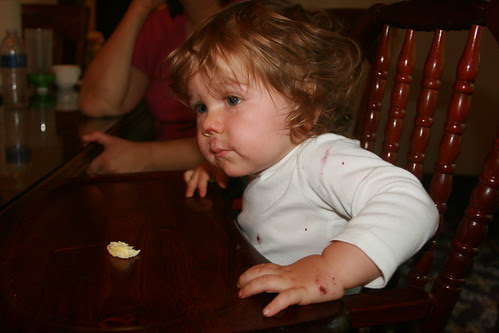 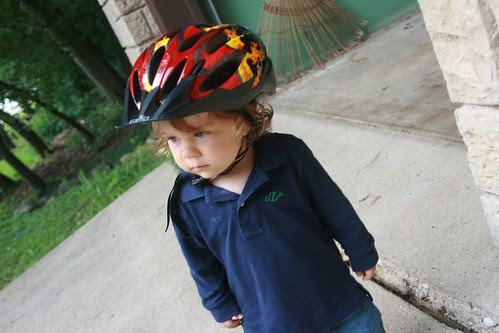 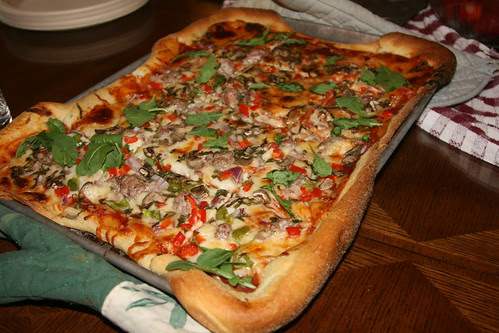 Here's the recipe for the above za.

Roll out the pizza dough, using the rice flour to prevent sticking both below the dough and around the rolling pin

Spread on the sauce
Add lots of mozz cheese (or whatever cheese you like) and lots of toppings
Bake at 450 until crust looks done, cheese melted
Add arugula after za comes out of the oven