I wish I had a video to pop up here because it's just so cute to see him rock a baby in his arms. Unbelievable. If anyone ever doubts the impact that television has on our kids today, let me tell you this: I have not practiced signing with Oliver at all. Every word that he knows to sign he has learned thru watching a video.

Here are the words he knows and some pix to go along with: (I will work on getting better pix!) 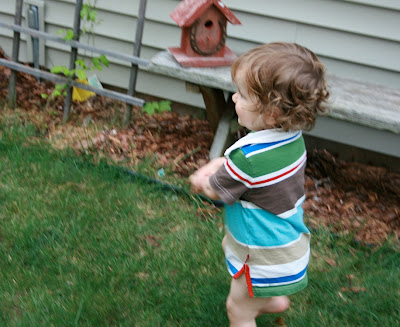 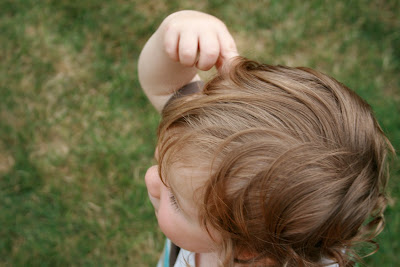 He also understands much of what I say to him. Today Elizabeth, his caretaker, came in at her scheduled time. I was rocking, nursing Oliver who had just woken up. I said, "Elizabeth is here. Do you want to go say hi to her?" and he shook his head no. Lots of other things he understands too. For instance, if we say, "Want to go outside?" he runs to one of the doors. Want to eat? He signs, "Eat" and then runs to the kitchen. "Give it to the kitty..." and he runs to give the kitty its toy. It's so fun. I am amazed at how quickly he's learning everything.

Not to mention he's so big now too that he has outgrown most of his summer clothes already. Sigh...... My little baby is not a baby anymore. He's a force to be reckoned with... a toddler in action. A micro being with a macro personality.